The build towards Takeover: Cardiff continues as we now have some challengers coming up for Walter. First up is Trent Seven, who is fighting for the injured Tyler Bate, taken out at Walter’s hands. Odds are Bate gets the shot at Cardiff, but that doesn’t mean this is a nothing match. Seven has been awesome as of late and this could be quite good. Let’s get to it.

Trent Seven arrives and is ready to knock Walter’s head off.

Grudge match after a few weeks of issues. Feeling out process to start with Dar taking him down by the arm and grabbing a front facelock. That’s escaped in a hurry for a standoff and some nice applause. They grapple a bit more until Dar tries a school boy, only to have Williams be ready for it and ruffle his hair. Dar bails to the floor and catches Williams with a shot to the head to take over for real this time.

Vic thinks punching Williams in the face to take over was the turning point of the match as we hit the chinlock. Williams gets back up and hits a superkick to start the comeback. Dar is sent outside for the suicide dive and a top rope back elbow to the face keeps Dar in trouble. The springboard spinning crossbody misses though and Dar grabs a fisherman’s buster for two.

The ankle lock is broken up and Williams nails a rebound lariat for a double knockdown. Williams tries to hit the ropes but gets pulled down into the kneebar. That’s broken up as well in a bit of a surprise and Williams loses his shoe. With the referee getting rid of it, Dar kicks him low and nails the Nova Roller for the pin at 10:10.

The Grizzled Young Veterans don’t want to talk. Everyone has come after them and they have won every time because they’re locker room leaders. So what could anyone ask them about?

We look back at Kay Lee Ray surprising Xia Brookside to win the #1 contenders battle royal. She’s getting the title shot on August 31 at Takeover: Cardiff.

Ray hides from Storm to start so it’s Jinny taking over to start until Toni shoves her away. It’s off to Jazzy vs. Piper with Jazzy managing to knock her down. Since Jinny is willing to come in and take over, Niven runs her over instead. Xia comes in for a dropkick to Ray but walks into a gordbuster. Jazzy adds a big slam as the fans are staying with this one. That’s enough to bring Kay back in for the choking on Xia.

A good looking tornado DDT takes Ray down though and it’s back to Toni. Ray runs off again so Toni settles for a German suplex on Jinny. Everything breaks down and Toni hits a dive onto all three. Niven cannonballs off the apron onto them and Xia hits her own big dive from the top. Back in and Piper crossbodies Jazzy (nearly crushing Toni in the process) but Jazzy is fine enough to catch Xia on top. The middle rope X Factor gives Jinny the pin on Brookside at 7:36.

Non-title. Trent dives on him to start and sends Walter into the barricade before the bell. They get inside for the first time to officially start but Trent sends him right back out for a baseball slide. Walter is back up and tries the powerbomb but gets backdropped on the floor instead.

Back in and Seven hammers away until Walter snaps off a German suplex. Seven’s chop to the chest just annoys Walter, who slams Seven right back down. The half crab sends Seven bailing to the rope as Walter is looking disgusted at him for not quitting. A missed big boot in the corner lets Seven chop him in the back of the neck, followed by a heck of a clothesline.

More chops annoy Walter, so he knocks Seven down again. Seven is all but out on his feet but manages a backfist to the face to put Walter on the floor. Walter tries to come back in on the top so Seven chops him even more, setting up a top rope superplex for two. They head outside again with Walter hitting a big boot and this time the apron powerbomb connects. 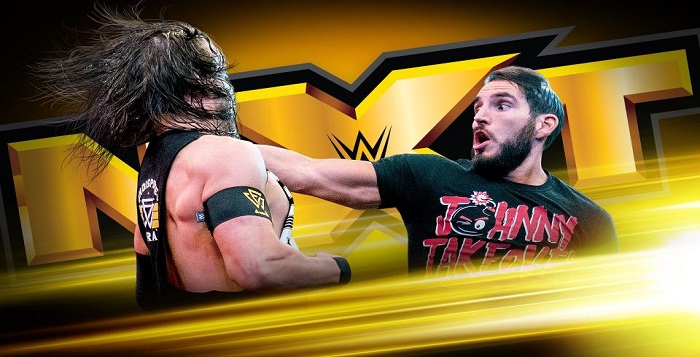