Round two. We are less than a week away from WWE’s Tables, Ladders And Chairs pay per view and that means the card is mostly wrapped up. You need to have the matches ready so they can be advertised in advance and WWE has most of the card already set. However, there is still room to add some more things and in this case, the match has already taken place in a different form.

Last week on SmackDown, Sasha Banks defended the SmackDown Women’s Title against Carmella, who won the match via disqualification when Banks attacked her in the corner. Carmella attacked Banks again after the match, suggesting that the feud would be continuing. That will certainly be the case, though this time around there will be some some higher stakes.

WWE has announced that Banks will defend the SmackDown Women’s Title against Carmella at Tables, Ladders And Chairs. This will be Carmella’s second match since May and her second shot at the title in a row. The two of them signed a contract to face each other at the pay per view on SmackDown but the match took place later that night on the show instead.

The match has some precedent. Check out how it was set up:

Opinion: This isn’t exactly a big surprise as it is the kind of match that you would expect to see take place on the pay per view. The post match attack clearly set Carmella up for another title shot and putting it on the pay per view makes as much sense as anything else. I’m not sure who leaves with the title, but hopefully Banks doesn’t lose the title so soon into her reign. 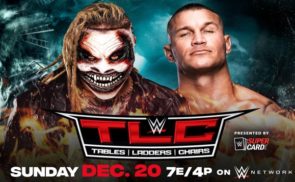 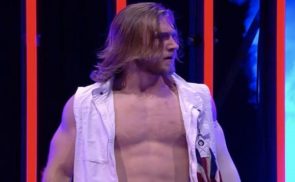