He changed teams. The Wednesday Night Wars have changed the way modern wrestling works and that has been a good thing. Wrestlers have been given another platform to showcase their talents, which is never a bad thing for the wrestling business. It has also allowed various wrestlers to have a better chance to move up the ladder, and now one of them has gotten a contract out of the deal.

There have been some rather impressive names to make appearances on AEW’s weekly shows, as the company has showcased several wrestlers who have not gotten such a chance before. Some of these names have gained quite the following through some outstanding performances, and now one of them is heading over to the other company on a brand new contract.

During this week’s NXT UK, a video aired confirming that Ben Carter has been signed to WWE. The video featured Carter in various independent promotions throughout the UK with WWE and NXT wrestlers talking about his potential. Carter debuted in AEW in September and wrestled three matches for the company. Miro suggested that Carter had signed with WWE soon after.

I came to the states 4 and a half years ago as a kid with a dream.

I had no idea how I was gonna do it… but I knew exactly what I wanted.

That dream, it just came true.

Carter was quite the star when he was around. Check out the announcement and his time in AEW:

Opinion: This is the kind of thing that is going to make a lot of wrestlers want to try their luck on AEW Dark because it is the kind of show that lets you get noticed by a lot of different companies. Carter signing with NXT UK is quite the move for him and hopefully he gets to shine there as well. Maybe he heads back to AEW one day or maybe he becomes a top star. Good for him either way, because he is going to have a great chance now.

What do you think of Carter? How will he do in NXT UK? Let us know in the comments below. 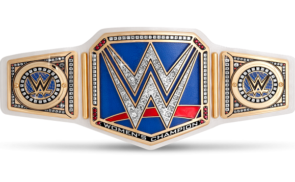 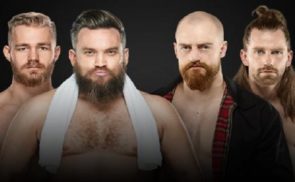