The card keeps growing. There have been all kinds of stories taking place this week and they have been more bad than good. With so many horrible things going on, it would be nice to have something a little more normal for a change. One of those things could be a normal wrestling show, and now we might be adding in something fresh to the next WWE pay per view.

We are less than a month away from Extreme Rules and that means the card needs to be set up in a hurry. There have not been all that many matches set so far but there are some matches that you can probably pencil in from here. That doesn’t mean the entire card is predictable though, and some of them are going to be added in as we move towards the show. One surprise match was made this week.

During this week’s SmackDown, Nikki Cross won a four way match to become the new #1 contender to Bayley’s SmackDown Women’s Title, with the shot coming at Extreme Rules. Cross pinned Lacey Evans in a match also involving Dana Brooke and Alexa Bliss. This will not be Cross’ first shot at Bayley’s title, as she teamed with Bliss to challenge for the title at Extreme Rules 2019.

It was a big match. Check out how Cross got her shot and what she thinks about it:

Opinion: This makes as much sense as anything else as it’s not like there are a ton of challengers for Bayley at the moment. It seems like we are waiting for the big showdown with Sasha Banks so putting Cross in there to challenge for the title makes as much sense as anyone else. Bayley has basically been champion since May 2019 (save for a five day Charlotte reign) and the reign is starting to run out of steam. Cross isn’t likely to end it, but someone is going to have to at some point.

Is Cross a good challenger? Who will end Bayley’s title reign? Let us know in the comments below. 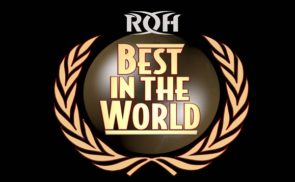