Catch you down the road. The World Title is any wrestling company’s top prize. It might be under a different name or called something else, but it is the way almost every wrestling company works. In theory, most wrestlers are going to wrestle to become the top star in their promotion. Every wrestler can’t get there, but those who do are a pretty elite group. Now though, one member of a group will not be around the title any longer.

Back in January, Tessa Blanchard made history when she became the first woman to win a World Title in a national promotion. By defeating Sami Callihan at Hard To Kill, Blanchard set a new benchmark for women’s wrestling. It was a very cool moment but Blanchard has not been around as of late, as the Coronavirus has kept her in Mexico. That has been going on for a long time, and now things have changed in a big way.

In a statement to PWInsider.com, Impact Wrestling has announced that Blanchard has been released from the company, leaving the World Title vacant. This comes after Blanchard has not appeared in person for Impact Wrestling since the April 7 episode of Impact, including not sending in promos the company requested. Blanchard’s contract was expected to expire before Slammiversary on July 18, where she was scheduled to defend the title in a five way match. Impact Wrestling could not confirm that Blanchard would be back for the show, leading to the release. There is no word on who, if anyone, will replace her in the match.

It was great while it lasted. Check out what Blanchard did in Impact Wrestling:

Opinion: I’m not sure what to think about this, but Blanchard does not exactly have the best track record when it comes to a backstage attitude. Was it asking too much to pull out your phone and record something about your upcoming opponents? That really shouldn’t be something that is too hard for someone and it is a shame that someone as talented as Blanchard is leaving under these circumstances.

Was Blanchard’s title win a big deal? Who will be the next champion? Let us know in the comments below. 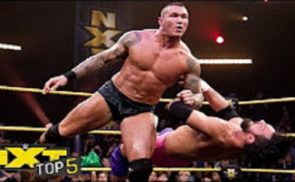