There’s room for one more NXT. The wrestling world has changed a lot in recent weeks and that has been a great thing for wrestling fans. With the ability for promotions to put their material anywhere they want at almost any given time, fans are able to see more content than they ever thought possible. That is the case again as WWE expands its international footprint in a new direction.

NXT has rapidly become one of the most popular and consistent wrestling programs in the world. It became big enough that the show was put on the USA Network every Wednesday night for two hours. That’s not bad for a developmental promotion, and WWE has taken the idea around the world. NXT UK has done well also, and now we are getting another branch of NXT.

According to both Wrestlenomincs and Post Wrestling, WWE will begin filming a new NXT series in India starting in January. This has been hinted at before, including during the recent Q3 conference call, when a 2021 event in India was mentioned. The new series will air both in India and in America, likely on the WWE Network. There is no word on any names involved in the product.

WWE has a history in India. Check out what they have done there before:

Opinion: You had to know something like this was coming and that isn’t a bad thing. At the end of the day, WWE loves expanding its international footprint and going to the second largest market in the world makes a lot of sense. I’m not sure what to expect from the show but if NXT UK is any indication, we could be in for another rather good show, especially if it follows the NXT model.

What do you think of idea? How do you expect everything to go? Let us know in the comments below. 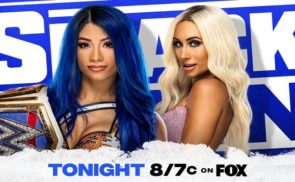