She’s kind of a big deal. The Women’s Revolution has changed the way WWE works and the whole thing (the WWE part at least) started down in NXT. Despite the main core of women moving up to the main roster, NXT has feature a strong level of women’s wrestling and that is still the case to this day. Granted it helps when you have a few guest stars, and now we know a bit more about how one of the big ones was booked.

Out of the entire group of women who moved up from NXT to the main roster back in 2015, Charlotte has earned the most main roster championships. The problem with cracking double digits so soon is that she ran out of things to do, which made for an interesting solution. Charlotte went back down to NXT earlier this year and even won the NXT Women’s Title from Rhea Ripley at WrestleMania 36. It turns out that was a lot more complicated than you might have expected.

According to Fightful Select, any decisions NXT creative would make regarding Charlotte would have to be approved by Monday Night Raw creative during her time in NXT. In addition, Ripley was originally planned to retain her title over Charlotte, but the decision was changed. At the same time, Bianca Belair was considered as an addition to the match, which would have made it a triple threat, but nothing came of it. Charlotte is currently missing from WWE television as she heals from an elective surgery.

Charlotte was a heck of a bonus in NXT. Check out how her time there went:

Opinion: That explains quite a bit, as Charlotte seems to be one of the most prominently protected people on the WWE roster. At the end of the day, you kind of had to expect that she would be treated as the most important woman in NXT, which doesn’t exactly do much for everyone else involved. I still don’t quite get why Ripley needed to lose the title to Charlotte, but at least she has bounced most of the way back.

What did you think of Charlotte’s time in NXT? Where should she go when she returns? Let us know in the comments below. 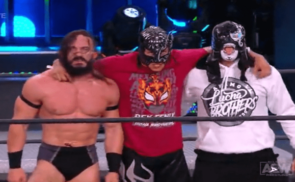