Maybe he isn’t the best bet. Celebrities have been a big part of the wrestling world for a long time now and it makes perfect sense. Why wouldn’t a wrestling promotion want to bring in some mainstream star and see if they can get a few more eyes onto their product. That is the case with AEW at the moment, but they might not have the best luck with a certain celebrity.

One of the more prominent stories on this week’s edition of AEW Dynamite saw basketball legend Shaquille O’Neal in a sitdown interview with Brandi Rhodes. After a mostly peaceful interview, O’Neal annoyed Rhodes, causing her to throw a drink in his face. This seems to be setting up a potential match for O’Neal, but there might be a bit of a problem with how that goes down.

According to Wrestling Observer Radio, there is a worry about O’Neal not being the most serious when it comes to wrestling. O’Neal likes to do things like get involved in wrestling, but he will not take it seriously, which is part of the reason why WWE never ran a match between O’Neal and Big Show. There is no word on when or if O’Neall will be working a match in AEW.

He makes a big impression. Check out what O’Neal has done in AEW:

Opinion: I’m not sure what to expect from something like this but hopefully O’Neal does a good job with the whole thing. That being said, can you blame O’Neal for not needing to take it the most seriously? He is a far bigger star and celebrity than anyone in AEW and if this does not work out, it will be straight on to probably half a dozen new projects. It could work, but I can’t blame anyone for being nervous.

What do you think of O’Neal? How will he do in the ring? Let us know in the comments below. 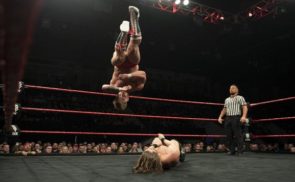 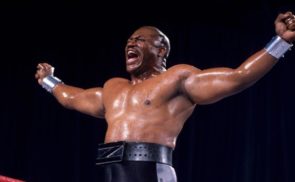