Looks like he’s next. We are on the way to WrestleMania 37 and you can see some of the glimmers of the card from here. There are several things that still need to be set up with several months still to go, but some of them have already been set up, at least in WWE’s internal decisions. One such name seems to be making that a little more external and it might get some interesting responses.

There may be no bigger and more successful stories in WWE in recent months than that of Roman Reigns, who returned from a months long hiatus to take WWE by storm. Reigns has become Universal Champion again but he has been so dominant that it is hard to find major challengers. WWE may have another one planned, and we are getting to see some seeds being planted in public.

He sounds serious. Check out what might be used to set up WrestleMania 37:

Goldberg was a guest on this week’s edition of the Bump and said that he wanted to face Reigns at WrestleMania 37. During his interview, Goldberg said that Reigns stole his spear and then backed out of their match scheduled for WrestleMania 36. Reigns responded to the interview, saying that he chooses who is next and that will be Kevin Owens, who is receiving the next title shot at Tables, Ladders And Chairs. There is no word on if WWE is planning Reigns vs. Goldberg, for WrestleMania 37, but Goldberg was on a list of potential opponents.

I never wait in line.
I am the attraction and I choose who’s next.
And that’s Kevin Owens. #WWETLC#IslandOfRelevancy

Opinion: For the life of me I’m not sure what WWE sees in this Goldberg vs. Reigns match. It does make sense on paper, but it wasn’t exactly a thrilling match earlier this year and I don’t need to see it now that Reigns has gone up so far. I know WE does not exactly have a ton of top opponents for Reigns, but at the same time, WWE has a bad tendency to give Goldberg some big wins, and that could be a serious mistake at the moment.

Do you think WWE will run the match? Do you want to see it? Let us know in the comments below. 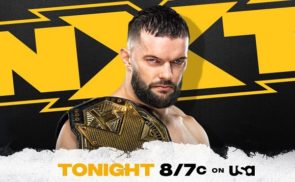