That’s one way around it. We are closing in on Money in the Bank and that means WWE is running out of time to set things up. Given the current circumstances, it makes sense for WWE to have taped at least the show’s major match in advance. There will be no fans in the arena for the show, but WWE is going to be trying something a little unique this time around.

The lack of fans has really changed things about WWE shows. You can only get so far with no one in the audience but WWE has continued to do everything the same way they always do. This included WrestleMania 36 and now they are going to be doing something similar with Money in the Bank, though it won’t quite be the same as last month’s pay per view went down.

According to PW Insider Elite by way of Wrestlinginc.com, this Sunday’s Money in the Bank will take place live from the Performance Center in Orlando, Florida, aside from the two namesake matches. There is no word on if there will be any fans present, as the state of Florida is now allowing sporting events to feature 25% capacity attendance, meaning WWE could have people in the building. WWE will be holding events exclusively at the Performance Center going forward.

The show is going to be interesting. Check out how the main event could go, plus what else is planned:

Opinion: Does it really matter at this point? The matches taking place at the Performance Center are hardly thrilling but they are better than nothing. At the end of the day, this isn’t going to mean much until there are some fans in attendance to make things seem more important. If WrestleMania didn’t shake the feeling, Money in the Bank isn’t going to either and that’s a shame for everyone involved.

What do you expect from the show? Who will win the briefcases? Let us know in the comments below. 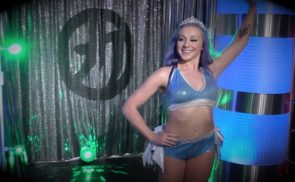 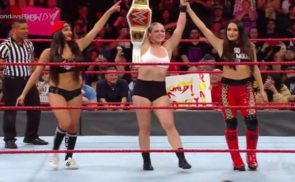