We are less than a month away from Extreme Rules and Raw could use some matches on the card. There are already some feuds going here and we should have a few things ready to go sooner than later. As for tonight though, this is all about the Edge/Rey Mysterio vs. the Judgment Day, because this story is still going. Let’s get to it.

Here is Seth Rollins to get things going and the fans seem to approve. Rollins dubs himself the host for the evening and talks about how he is in Riddle’s head. Now Riddle wants a rematch, but since Rollins isn’t interested, it’s time to move on. Rollins hasn’t been a champion in far too long, but here is Riddle to start the fight fast. They fight into the crowd with Rollins managing a rake to the eyes and run off.

Riddle gives chase but here is Judgment Day to interrupt. Damian Priest says he, Rhea Ripley and Riddle go way back. They talk about how Riddle has never gotten his chance before and think he would fit in well on the team. Riddle appreciates the offer but passes, earning a threat from Balor. The fight is on and we’ll do this after the break.

Joined in progress with Riddle rolling some gutwrench suplexes and hitting a Broton. Balor starts going after the knee, including pulling it off the middle rope to send Riddle’s head into the buckle. The chinlock doesn’t last long but Balor neckbreakers him right back down to cut off the comeback. They fight to the apron with the reverse DDT planning Riddle as we take a break. Back with Riddle hitting a release fisherman’s suplex for a much needed breather. Riddle sends him outside and hits the kick to Balor’s chest, setting up the springboard Floating Bro onto Balor and Priest.

Back in and Priest offers a distraction so Balor can hit the Nightmare On Helm Street. Cue Rey Mysterio to post Priest and fight with him into the crowd so things are even again. A Bro To Sleep into a German suplex gives Riddle two but the Floating Bro hits knees. Balor misses the Coup de Grace and Riddle is back with the hanging DDT. Cue Rollins for a distraction, allowing Balor to hit 1916 and the Coup de Grace for the pin at 13:33.

Post match Rollins comes in for a Stomp to leave Riddle laying.

Bayley and Damage Ctrl aren’t happy with Bianca Belair, Raquel Rodriquez and Aliyah, but all will be made right tonight.

Dominik Mysterio is tired of just being Re Mysterio’s son and says Edge got what he deserved. Tonight, he’ll finish Edge for good, because he’s tired of living in Rey’s shadow. Rhea Ripley pops up to whisper in his ear, causing Dominik to say he isn’t a little boy anymore, but rather a man. Ripley smiles.

Aliyah/Rodriguez are defending and Bayley is here too. Rodriguez and Kai start things off with Rodriguez using the power to take over. Aliyah comes in for a clothesline and splash in the corner before it’s back to Rodriguez to run Kai over for two. Rodriguez launches Aliyah over the top and onto both champs as we take a break.

Back with Aliyah coming in and hiptossing Sky as Bayley isn’t pleased at ringside. Aliyah gets sent into the corner for the running boot to the face and seems to be favoring her arm. Kai comes back in to pull on both arms as Bayley says stick to the plan. Aliyah fights up and hits a double neckbreaker to get herself out of trouble.

The hot tag brings in Rodriguez to clean house but Aliyah is right back in. Sky hurricanranas Rodriguez outside, leaving Aliyah to hit a springboard X Factor for two on Kai, with Bayley putting the foot on the ropes. Rodriguez goes after Bayley, leaving Sky to moonsault down onto her. The Kairppractor finishes Aliyah for the pin and the titles at 12:09.

Rey Mysterio tries to talk Dominik Mysterio out of his match with Edge because it is a point of no return. They can still be family and fox all of this but Dominik won’t say anything. Rhea Ripley pops up to say Dominik is a man and doing what he wants, leaving Rey distraught.

Otis is in Gable’s corner. They go to the mat to start with a grapple off going nowhere. Gable takes him down by the arm but gets reversed into a headlock. Back up and a running hurricanrana into a crucifix gives Gargano two, setting up a front facelock. Gable gets up and hits Gargano in the face to take over, setting up a waistlock. Gargano knocks him to the floor though and hits the running dive to take Gable down again as we take a break.

Back with Gable working on the leg, which he banged up during the break. Gargano manages to send him to the corner though and the slingshot spear gets two. Gable is fine enough to pull him into the ankle lock though, followed by something like a Razor’s Edge Dominator for two. The moonsault misses so Gable settles for a nasty wheelbarrow suplex for two more.

What looked to be a top rope headbutt misses though and Gargano pulls him into the Gargano Escape. That’s reversed into another ankle lock, which Gargano breaks up as well. The American Automatic gets two and Gargano is back up with a discus lariat to leave them both down. Gargano sends him outside for a dive onto Gable and Otis, setting up One Final Beat (slingshot DDT) for the pin at 13:50.

Post match Otis goes after Gargano, who hits two superkicks and runs off. Theory pops up with a briefcase shot to drop Gargano though, meaning it’s selfie time.

Post break Theory is in the ring to ask if he disappointed the fans. Gargano needed someone to show him how this works but here is Kevin Owens to interrupt. Before Owens can say anything, Theory cuts him off and says he is sick of people interrupting him. He is too good to have this keep happening and he is going to take over this entire industry. Theory says he has done more in a few months than Owens has done in five years, but that’s too far for Owens.

That doesn’t work for Owens, who points out that Theory has had everything handed to him. Sure Owens’ Universal Title was handed to him, but that’s the only similarity between them and thank goodness for that. Owens says there have been a lot of guys like Theory to come along and a lot of them have failed. Then you have people like Owens and Gargano who have come along and you can count their success on one hand. They are the heart and soul of this business but people like Theory are the appendix of this business: completely disposable.

Owens doesn’t see it in Theory but begs him to prove him wrong. Theory needs to let his passion loose and get better every time he is in front of these people. That is how you prove him wrong and become the face of WWE. Theory says he’s just better than Owens, who decides to hit him in the face to get the point across. The brawl is on and referees/agents have to fail at keeping them apart. Theory, with his forehead and nose busted, gets away, with Owens saying that was just the beginning.

Here is Bianca Belair for an open challenge. She announces said challenge, even though it was made clear before the break. Cue Sonya Deville to say she remembers what Belair did to her and that is why she isn’t Raw Women’s Champion. Belair: “This is an open challenge, not an open mic.” She wants a referee down here.

Belair is defending. They go with the grappling to start until Deville takes her into the corner and fires off the kicks to the ribs. A clothesline out of the corner gets Belair out of trouble and a suplex into a handspring moonsault gives her two. Sonya is sent outside and avoids a moonsault, setting up a heck of a clothesline as we take a break.

Back with Deville being sent into the corner, setting up the chinlock. Belair is sent outside and into the announcers’ table, setting up another chinlock back inside. A rollup gives Belair two but Sonya is back up with I think a middle rope knee for two of her own. Belair powers up and uses the corner to flip out of a dragon sleeper. The KOD retains the title at 12:07.

Post match here is Bayley to say Belair has a big fat ego. Bayley says the match can happen later, but here are Iyo Sky and Dakota Kai to surround Belair. The brawl is on but Alexa Bliss and Asuka run in for the save.

Graves wants to call them Thing 1 and Thing 2 as the destruction is on. A double shoulder drops them and something like a cobra clutch has Morazi flailing. For some reason Tombs makes the save so Omos beats them up again. Two chokeslams set up the double pin at 1:38.

Rey Mysterio tries to talk Edge out of the match but Edge says this has to happen.

We look back at Seth Rollins and Riddle earlier tonight.

Rollins declares himself the face of the show but Bobby Lashley comes in to say not so fast. Lashley mocks Rollins’ colorful gear but doesn’t see any gold, which determines the power around here. The title match is set for next week.

Rhea Ripley is here with Dominik. Edge knocks him into the corner to start and this a headbutt as Dominik is in early trouble. Dominik is sent outside for a pep talk with Ripley, which goes badly for him as well. Some forearms do nothing for Dominik as Edge throws him back inside, only to have Ripley trip Edge down. Dominik sends him into the steps and we take a break.

Back with Dominik working on the knee, setting up the Three Amigos. Dominik goes up top, does the Eddie dance, knocks Edge off, and hits the frog splash for two. Edge sends him shoulder/head first into the post and the comeback is on, including the Edge-O-Matic for two. The spear is loaded up but gets reversed into the half crab. That’s broken up and Edge ties him in the ropes and hammers away, only to have Rey run in and cut off the spear attempt. Edge shoves him away so here is Damian Priest to pull Rey outside. With Rey thrown over the announcers’ table, Finn Balor runs in for the DQ at 15:03.

Post match the big beatdown is on, with a bunch of chair shots to Edge’s leg and the Coup de Grace to make it worse. Judgment Day poses to end the show. 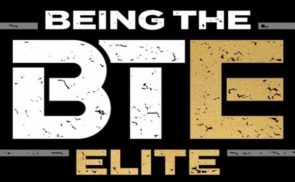 Bad News On The Future Of Being The Elite