See you soon. Over the last year and a half, WWE has released a ton of wrestlers from the company. That is the kind of change that you do not see happen very often in wrestling and unfortunately it cost a lot of people their jobs. While it certainly changes how WWE works, it also changes how other promotions work as well. Now, some of those promotions are able to pick up more than a few new wrestlers as a result.

On November 2, 2021, WWE released several wrestlers from their contracts. These wrestlers were on 90 day no compete clauses, which have now expired as of February 2. Therefore, the following names are now free agents and can sign wherever they like, appearing immediately:

There is no word on where these wrestlers will appear. Several NXT wrestlers were released on the same day, but their 30 day no compete clauses expired in December.

Opinion: This is the kind of day that makes things a lot more interesting as you don’t know where these people might show up. What makes it even better is that AEW Dynamite is on the air the same day, meaning there is a good chance that some of them will be showing up this week. I’m curious to see who goes where, as some of these names could make for some very interesting debuts.

Who do you want to see go where? Who will go where? Let us know in the comments below. 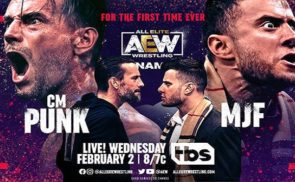