The market keeps growing. Wrestling fans are in a special time as there are so many incredibly talented wrestlers out there. You can go to almost any promotion and see some of the more talented wrestlers in the world today, which makes for some very nice viewing options. Now though, one of the more over the top stars of this generation is going somewhere else.

While AEW and WWE get a vast majority of the attention from the fans, they are far from the only game in town. There are some other very nice American promotions that go nationwide and Ring of Honor has been doing it for about eighteen years now. They have some gems on their roster and the talent pool is strong, but now it is going to get a little bit weaker.

According to Wrestlinginc.com, former Ring of Honor World Champion Dalton Castle is now a free agent and can sign anywhere with no restrictions. Ring of Honor has offered Castle a new deal and Castle is considering it, but he also wants to see what options he has. There is no word on where Castle is planning on signing or if he will continue to appear with Ring of Honor for the time being.

Castle is a heck of a commodity. Check out what is now on the market: 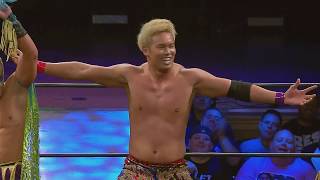 Opinion: This is where things can get interesting as Castle is someone who could go a long way for any promotion that gets him. He may not be the same as he was before the injuries piled up, but Castle still has a wild charisma that you cannot recreate and if he gets to showcase himself anywhere, that charisma is going to shine through. It is going to be interesting to see where he winds up and that is a good thing. 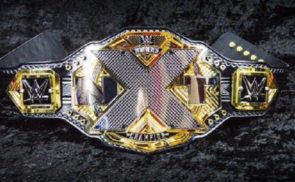