I’m not sure what to make of things around here. Last week’s show wasn’t the worst but it also didn’t exactly live up to the expectations that had been built up during the hiatus. It’s time to start the Opera Cup again and while it’s a nice idea, it’s not like the first one was a blow away idea. Let’s get to it.

We open with a quick preview of tonight’s first round Opera Cup matches.

We look at the end of last week’s show with a new member of Contra attacking Alex Hammerstone.

Earlier today, Richard Holliday didn’t think much of Contra and promises that Hammerstone will be fine. He runs into Gino Medina, who claims he quit the Dynasty while Holliday insisted he was fired. Medina implies violence by the end of the night.

Holliday has the Caribbean Title held up but makes it clear that this is non-title. The bigger Holliday shoves him down without much effort to start so TJP runs the corner for a headlock takeover. A basement dropkick sends Holliday bailing into the corner for a breather and the threat of the Octopus sends Holliday to the ropes a moment later. We settle down to TJP working on a hammerlock, followed by an armdrag to frustrate Holliday even more.

TJP slips out of a suplex attempt and hits a dropkick to the back. Holliday is knocked outside and that means it’s the Wrecking Ball dropkick to keep him in trouble. Back in and TJP gets crotched on top to finally give Holliday control. Holliday starts stomping away at the leg before switching over to the arm. TJP is right back up and slides through the legs to grab a Sharpshooter. Make that a Muta Lock, followed by a Pentagon arm snap.

Holliday’s arm is fine enough to drop TJP onto the apron but TJP snaps off a top rope hurricanrana. Holliday plants him back down and grabs the chinlock, which is enough to start TJP’s comeback. A not great looking tornado DDT sets up Three Amigos but Holliday hits a spinebuster. The Market Crash finishes TJP at 10:25.

The Von Erichs wish you a happy Thanksgiving. They’re coming for Team Filthy too.

We look back at Myron Reed retaining the Middleweight Title over Brian Pillman Jr. and calling out Lio Rush as his next challenger.

Lio Rush likes the idea of a big debut with a big title shot.

We look at King Mo knockout out Low Ki (thanks to some interference) earlier this year.

King Mo wants the doctors to keep Low Ki out of the ring because his head is too scrambled.

Dan Lambert wants to know why Low Ki is in the Opera Cup but King Mo isn’t.

Salina de la Renta interrupts the announcers and wants to know who tried to get her contract broken. She is running the January 6 episode and no one is canceling that.

This is Tankman’s debut and he’s a rather large guy who can move around well. Tankman starts fast with a dropkick and chops Martyr down in the corner. Martyr runs into a backbreaker and the Tankman Driver (Drill Claw) finishes at 1:14.

Tankman dedicates that to his baby and now he wants to beat everyone in his path to the World Title.

Alex Hammerstone has ribs, neck and back injuries.

Hammerstone calls in and says the injuries aren’t even keeping him out of the gym, let alone the ring. Contra hacks the feed though and promises to end Hammerstone.

Team Filthy is here with Lawlor. Romero blocks an early takedown attempt and grabs a headscissors on the mat as the grappling begins. Romero’s rollup gets two and it’s off to a cravate, which Lawlor reverses into one of his own. That doesn’t go anywhere either so Romero grabs a headlock to slow things down.

Lawlor wins a battle of shoulder blocks but Romero dropkicks him to the floor. A running knee off the apron drops Lawlor again and we hit the chinlock back inside. There’s the Octopus to have Lawlor in even more trouble so he slowly walks to the ropes. A headscissors takes Lawlor down but he pulls Romero into a bow and arrow hold. With that broken up, it’s a Hennig necksnap into a sliding clothesline for two on Romero. Lawlor grabs a Fujiwara armbar before switching to a double arm crank.

That’s reversed into something like a crucifix with a Crossface with Lawlor making it over to the rope. Lawlor starts cranking on the leg until Romero uses the good one for an enziguri. Romero’s guillotine choke is countered into an exploder suplex but he’s right back with another tornado DDT.

Lawlor gets tied in the ropes for a middle rope stomp to the back. A running Sliced Bread gives Romero two but Lawlor is right back with Lars Sullivan’s Freak Accident. They strike it out until Lawlor gets two off a backslide. With the rear naked choke not working, Lawlor uses his legs to grab a cradle for the pin to advance at 17:43.

Post match Lawlor says he is coming for the Opera Cup to add his name to the list of winners. 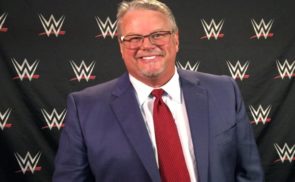 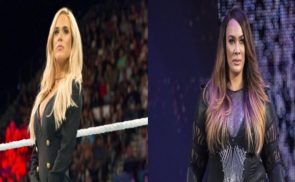