We are less than a month away from Tables, Ladders And Chairs and that means we are going to be seeing a lot of different gimmick matches taking place on the same show. Ignoring how kind of insane it is to run at least four special matches like that on one card, there is one match in particular that has yet to be announced just yet but you can all but guarantee it being set up in one form or another. We are going to be looking at that one match today, along with the big problem that comes along with it.

Over the last few months, Nia Jax has shown her continuing ability to be quite the bully around Monday Night Raw. This time around, her targets have been set on Lana, who Jax put through a table nine straight times. That’s quite the level of overkill and it was almost a relief to see Lana not go through a table for a tenth time. It was time for a change, but the new direction isn’t quite the big upgrade.

Lana has been fighting back, or at least she has been having Asuka do the fighting for her and picking up the victories as a result. That doesn’t exactly offer the most inspiration, but at the same time I think you know where this is going. In one form or another (meaning it could be either a singles match or a Women’s Tag Team Title match also involving Asuka and Shayna Baszler), Lana and Jax are going to be facing off at Tables, Ladders And Chairs in a tables match. Lana is probably going to win too, thereby getting her revenge and becoming a hero in the process.

That makes a lot of sense on paper and it’s a story that has worked well in years past. You have someone who is being treated badly by someone bigger and stronger than she is and the fans want to see the victim stand up for herself and fight back. It worked like a charm for Daniel Bryan in 2014 and it is something that is always going to work because anyone can relate to it no matter when or where the story is being presented. That makes all the sense in the world, except for one problem: there is no reason to like Lana (meaning the character, not the person mind you).

That’s where it got started:

Consider how we got to this point. Jax started beating up Lana because she could and there was nothing Lana could do to stop her. At the same time, Jax did not like that Lana was on the Survivor Series team and ordered her around for the sake of not screwing anything up. This came after Natalya ended her partnership with Lana because, again, Lana wasn’t exactly the best choice for a partner, in that the team was hardly successful together.

And Jax has been right. Lana doesn’t have much success to her name in WWE, as she is regularly destroyed in almost every match she has. She has won back to back tag matches, either with Asuka doing the work or getting the pin. She was the sole survivor at Survivor Series, because she was standing on the apron when everyone else was counted out. She qualified for the Survivor Series team by stealing a pin in a four way. Her last victory in a singles match was on December 10, 2019 at a live event. Lana has ONE televised singles win in her career: on May 22, 2018.

In short, Lana has no history of success, almost never wins matches on her own and has very few positives going for her. But we’re supposed to want to cheer for her because she has to deal with Jax? That’s where the problem of the whole situation comes in: there is a reason to boo Jax, but that does not give us a reason to cheer for Lana. Those are two different things but WWE does not seem to understand that concept. That is causing a big problem and it is showing every week.

You need a reason to cheer for these people. It could be their in-ring abilities, it could be their fighting spirit, it could be that they have been wronged. There are all kinds of reasons to do this but Lana does not exactly exhibit any of them on almost any level. The problem with Lana is that she really doesn’t have a character and it is becoming more and more obvious every week.

She wasn’t the nicest person at times:

Think back over her history. She was Rusev’s manager, then she struck out on her own for a bit, then she was with Rusev again, then she didn’t do so well as a wrestler, then she danced a lot, then she dumped Rusev for Bobby Lashley, then Lashley got sick of her, then she was Natalya’s lackey, then Natalya dumped her and then the Jax story started, which brings us to here.

What in there makes me want to cheer for Lana? Her entire career has been spent as a manager or a lackey. Now she is trying to be a wrestler again and while she isn’t a disaster, it’s not like you’re watching Becky Lynch or Sasha Banks out there. Lana is just kind of there and that is becoming more and more obvious every single week. Asuka treats her like little more than a mascot at times and seems to be taking pity on her more than seeing anything in here. That’s supposed to make me want to cheer for her?

This whole thing has been much more of a Jax story that happens to have Lana included. That’s because, like her or not, Jax has a defined character and offers something unique. Jax is the monster bully who isn’t worried about what happens to her no matter what because her size and power is going to be able to get her out of any trouble. Even if things don’t go her way, she can shrug it off and be the monster all over again because no one can stop her. That might not be a good character, but it is certainly better than having nothing at all.

So will beating Jax and possibly winning the Tag Team Titles help Lana? It would certainly help out in the short term, but the longer term problem would be there all over again: there is nothing to support the initial push that she would be given. That is going to catch up with the story sooner rather than later and it is going to cut off whatever WWE has built up for her. Unless there is some kind of big untapped well of talent in Lana ready to come out, this isn’t going to be the big breakthrough that WWE has been waiting for.

And now here she is:

Lana could break through at some point in WWE, but I’m not sure if there is going to be enough there to make it last. Like anyone else in WWE, she needs some kind of a root to make the push stick. WWE has clearly wanted to do something with her for a long time now but that is only going to get you so far, no matter how much potential she has (and she seems to have quite a bit of it). Lana is a natural heel and putting her in this spot under these circumstances is not likely to work out, either in the short term or in the long term, making this quite frustrating.

It is easy to see why someone would want to see Jax lose, but at the same time you want someone to cheer for. That is where Lana falls short and WWE does not seem to understand the issue. I have no reason to care about Lana because even after six and a half years on the main roster, she really doesn’t have a character (a common problem for a lot of the WWE roster). It is very, very easy to see why WWE would want to push the heck out of her, but the effort has not been there and Lana has hardly shown that she is capable of being a top tar. The pieces are there, but WWE hasn’t put them together, and is the Lana problem. 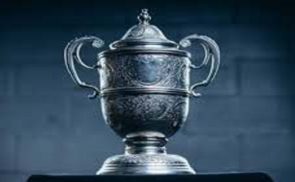