Not so fast? WWE is a huge wrestling company and have several resources available to it that no other company can offer. One of their biggest is NXT, which is both a developmental promotion and also a national television show, which is one of the most unique situations that any promotion has ever had. That is something that can allow WWE some flexibility, and they might be needing it again.

Back in October, WWE presented its annual Draft, which changed the way the company’s television rosters would be structured going forward. There were some new names appearing in new places, but the Draft also seemed to officially mark the end of Raw Underground. The concept ran for a few months and offered some wrestlers a new change to develop, and now those wrestlers were going to Monday Night Raw. Or at least in theory.

According to PWInsider.com, WWE has not had Arturo Ruas and Dabba-Kato have not appeared as regular wrestlers on Monday Night Raw because they are not ready. Both wrestlers are said to need extra seasoning before wrestling full time. Ruas appeared on a few episodes of Main Event before heading back down to NXT for a match against Kushida. Dabba-Kato has yet to wrestle on Monday Night Raw.

Both have at least made appearances. Check out what they could offer in the future:

Opinion: This should raise a pretty obvious question: if these people aren’t ready for this kind of a spot, why were they used as Draft picks? They haven’t been around much since then, so in theory shouldn’t this have been known about them before the Draft took place? It comes off as WWE not planning ahead, which has been a problem for them for a rather good while now. That needs to be addressed, but I’m not sure they know how to do so.

Which of the two has the brighter future? Who will become a star first? Let us know in the comments below. 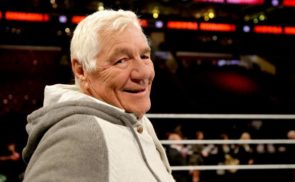