If you would like to watch the show, you can see it in full for free right here:

It’s back to the regular show after last week’s Fury Road special. That makes for something a little less important but possibly better as they don’t have to feel like they’re under so much pressure. The big stories out of last week are the continuation of the Dynasty vs. the Hart Foundation and Tom Lawlor vs. Contra. Let’s get to it.

We open with a recap of Alexander Hammerstone winning the inaugural National Openweight Title over Brian Pillman Jr. last week.

Hammerstone was at his training facility earlier while an unnamed blonde held the title. He talks about where all of Pillman’s hard work got him but says Richard Holliday and Maxwell Jacob Friedman chose to follow around him. Hammerstone picks up Rich Bocchini to show off his strength and draw some screaming.

We look back at Contra attacking Lawlor, who wants revenge instead of an arrest.

Holliday has the rest of the Dynasty with him, including Aria Blake. Friedman and Hammerstone head to the back though and it’s only two on one. The cocky Holliday shoves Kotto down to start and then hammers him into the corner for a bonus.

Kotto’s bad eye is still all messed up for a rather disturbing visual. Holliday cuts off a comeback with a right hand to the ribs but Brazil springboards over him. A guillotine choke is countered into a suplex though as Holliday is getting to show off a lot more than usual here. Kotto finally gets in a Stunner as Cornette wants to know if Kotto is related to Bobo. A top rope kick to the chest has Holliday in more trouble but a heck of a clothesline cuts him off again. Holliday hits a gutwrench powerbomb for the pin at 5:15.

We look at last week’s title match and what we just saw.

They trade headlocks to start, followed by Austin’s quickly reversed armbar. Wolf hits a hurricanrana and it’s a standoff as we hear about Salina de la Renta possibly recruiting him, which could be interesting. A dropkick puts Austin on the floor but Austin is ready for the obvious dive. Wolf gets shoved off the top and out to the floor, allowing Austin to hit a dive of his own. After some fans call Wolf a fake luchador, he’s fine enough to smack Austin in the head on the way back in.

Austin goes right back to the arm though and Wolf can’t keep anything going. A dropkick sends him into the corner and Wolf has to check his teeth underneath the mask. Wolf gets tied in the Tree of Woe but he’s able to avoid a top rope splash. A snap German suplex and a swinging butterfly suplex give Wolf two and it’s time to start kicking at the chest.

Austin is back with a kick to the head though and a spinning suplex gets two on Wolf. Back up and a hard clothesline turns Wolf inside out but Austin is down as well. Wolf spins up for a kick to the head but gets crotched on top. That’s not the biggest problem in the world though as Wolf shoves Austin down and hits….I think a top rope Downward Spiral for the pin at 10:38.

Salina de la Renta is in charge of next week’s show and already has a main event set: Mance Warner vs. Sami Callihan in a falls count anywhere loser leaves MLW match.

The next live special is Kings of Colosseum with a main event of Tom Lawlor defending the World Title against Jacob Fatu.

An intense Lawlor says he’s been beaten up before and now Contra has cut him as well. He signed up for a beating but not to be stabbed in his back. Now he wants to take care of Contra and he’s found some guys to help deal with him. That would be the Von Erichs and it’s time to clean this place up.

Callihan and Warner dub themselves the Midwest Mega Powers but they like to fight each other. Next week, they’re going to make Cornette want to quit because it’s going to get that violent. They don’t seem to agree on who is going to win though and THEY TURN THEIR HATS AROUND. Sami pulls out a staple gun, though Mance is more worried about it being sanitary.

Low Ki is ready for Ricky Martinez, who is officially on his list.

Contra talks about being ready for Lawlor and the Von Erichs. Violence is promised.

The rest of the Dynasty is here but Smith is on his own. Friedman bails to the floor at the bell and we hit the stall button for over a minute until Smith pulls him inside. The beating is on as the announcers talk about drugging people. Smith skins the cat and hits a big boot for two but has to stop and yell at Hammerstone. That’s enough of a distraction to let Friedman wrap the leg around the post to take over.

Friedman is smart enough to talk to the referee, allowing Holliday and Hammerstone to stay on the leg. We settle down to Friedman cannonballing onto the leg but Smith pulls him down into a leglock due to some rather high level grappling skills. A cross armbreaker is broken up as well and Friedman uses a Holliday distraction to choke with the scarf. Holliday tries it again so Friedman gets a shirt but Smith takes it away and chokes this time.

Unfortunately this time the referee catches him so Smith has to go with an enziguri for a Flair Flop. The Contra logo pops up on the screen and we come back with Smith hitting a top rope superplex for two. The powerslam gets the same and a jumping Tombstone knocks Friedman silly. Instead of covering though he hits a Swan Dive for two, with Holliday putting the foot on the rope.

We cut to the back where Contra has attacked Lawlor again, plus Lawlor’s training partner Ariel Dominguez. Josef Samael throws fire at the camera to end the show. 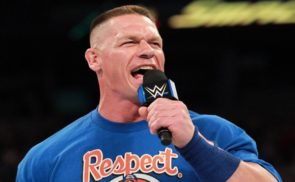