Really? Contrary to what some people believe, wrestlers are humans just like you and me. While their appearances on television may be heavily scripted, they all have various thoughts and opinions on all kinds of things. One of these things is of course wrestling and over the weekend, a younger wrestler and a veteran really didn’t see eye to eye on things.

According to Bryan Alvarez on Wrestling Observer Radio, there may be actual heat between Matt Riddle and Goldberg following the main event of Super ShowDown on Friday. Riddle has been taking shots at Goldberg all weekend, including during the match against Undertaker. The match has been criticized for various botches and unsafe spots from both men. The issue between Riddle and Goldberg may have began when Goldberg blocked Riddle on Instagram. As of Monday night, some of the comments are still posted.

One such video is still posted. Check out Riddle mocking Goldberg’s technique during the match:

Opinion: Egads man. I’m really not sure if being blocked on Instagram was what started all this but if that’s the case and this isn’t some sort of a storyline (which I doubt), Riddle isn’t exactly looking great here. I know the match was terrible, but Riddle has been in WWE for less than a year while Goldberg and Undertaker are legends. Hopefully he isn’t punished for this, though it wouldn’t surprise me if that’s what happens.

Is Riddle being ridiculous? How far can Riddle go in WWE? Let us know in the comments below. 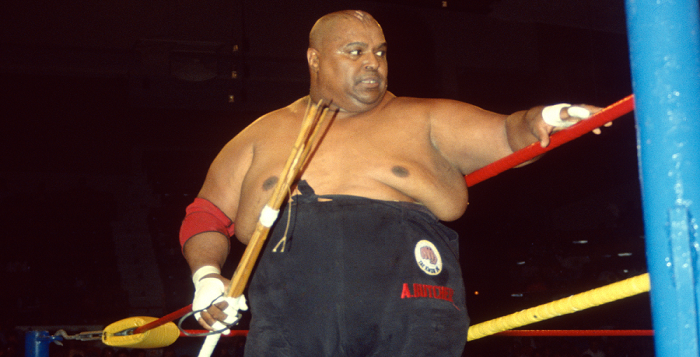