If you would like to see the show, you can watch it in full for free right here:

It’s another Contra show here and that means things could get interesting again. This time around it’s Josef Samael vs. World Champion Tom Lawlor as Lawlor gets ready for his showdown with Jacob Fatu for the World Title next week. Samael is the designated fall guy so you can probably guess what is coming tonight. Let’s get to it.

We open with a video from Contra, threatening to destroy Lawlor tonight.

Marshall and Ross Von Erich come to commentary to say they’ll have Lawlor’s back.

The hometown boy Aries now has a thicker beard and is in the long tights this time. Aries catches a kick to the leg to start and takes Brooks to the mat as we go with some amateur stuff. Brooks gets a hammerlock but Aries reverses into a front facelock. A hard armdrag puts Brooks back down and it’s a basement dropkick to send him outside. Brooks sends him into the corner and hits a sliding dropkick of his own.

A springboard Stunner gives Brooks two and a low superkick keeps Aries down on the floor. Back in and Aries gets in a shinbreaker into a belly to back suplex to put Brooks in trouble. Some knees to the head keep Brooks down and Aries hits the middle rope elbow to Brooks’ seated back. The neckbreaker over the ropes sends Brooks to the floor but the suicide dive is blocked with a forearm.

Brooks gets in a slingshot DDT but can’t follow up. Aries is right back with the Horns of Aries (Last Chancery) until Brooks makes the rope. Brooks sends him to the apron but dives into a Death Valley Driver onto the apron, with Cornette going into a rant about how dangerous that is. He’s right you know. The 450 hits Brooks’ knees though but his Swanton hits Aries’ knees. A discus forearm sets up the brainbuster to give Aries the pin at 12:00.

Post match Aries is interviewed by says don’t interrupt the fans, who continue their AUSTIN ARIES chants. Aries talks about how he doesn’t put his life on social media but that doesn’t mean he’s been sitting at home. This is professional wrestling instead of sports entertainment or cosplay wrestling. He is the last real magician of professional wrestling because he can make everyone believe.

That’s why he’s here in MLW, which is the only place that follows the weight limits. He’s been the World Heavyweight Champion several times but he hasn’t been a heavyweight a day in his life. Aries is a middleweight, and that’s bad news for Teddy Hart.

We look back at the Dynasty attacking Teddy Hart and stealing his Tag Team Title last week.

The Dynasty was in Martha’s Vineyard at a house Richard Holliday’s dad bought after he shut down an orphanage. Alex Hammerstone is going for a Hogan tan. Holliday: “87 or 91?” Oh and they’re the Tag Team Champions because possessions is nine tenths of the law. MJF and Aria Blake leave to go, ahem, fix her nails.

Samael is out for Lawlor’s blood before Jacob Fatu takes the title.

We look back at last week’s wild six man tag and the wilder post match brawl.

Fatu jumps them both while the music is still playing. An overhead belly to belly sends Dominguez flying and a superkick drops Black. A crazy high pop up Samoan drop plants Dominguez and it’s the double springboard moonsault for the pin at 1:20.

Post match the beatdown is still on with the rest of Contra running in to take both jobbers out.

Salina de la Renta doesn’t want to talk about a goat f***** (uncensored) like Mance Warner. With her voice changing, she talks about how she knows how hard it is for men to see a 22 year old woman in control.

Kings of Colosseum rundown, with an open challenge from Hammerstone, Myron Reed vs. Rey Horus and a live Jim Cornette Experience with Salina.

Mance Warner is looking forward to the 4th of July and promises to take care of Salina and Promociones Dorado. It’s time to start headhunting and the fireworks are starting when he comes after the team. The beer goes down and the hat goes around as Mance promises to have blood running down his hands. After he mows his lawn that is.

Non-title and Salina (in a completely different outfit and with her hair done differently) is watching in the back with Ricky Martinez. The fight starts fast with Lawlor knocking him down but getting chopped in the corner. That’s fine with Tom, who comes back with shots of his own with one big one knocking Samael outside. Lawlor sends him into the barricade and post and is even smart enough to block the low blow on the way back inside.

Samael manages to get in a whip to send Lawlor throat first into the ropes and the champ is in trouble. One heck of a clothesline blasts Lawlor and we hit the camel clutch. With that not going far enough, Samael pulls Lawlor’s head against the post. Lawlor comes back with a suplex and we cut to the back to see the Von Erichs fighting the rest of Contra. Back in the arena, Samael’s spike gets caught in the turnbuckle so Lawlor spinwheel kicks him down. Lawlor grabs the spike and shoves the referee down for the DQ at 7:50.

Result: Josef Samael b. Tom Lawlor via DQ when Lawlor shoved the referee (7:50)

Post match the brawls are still on in the back and in the arena to end the show.

That’s Certainly An Issue. Here Is What WWE Fears The Most About AEW. 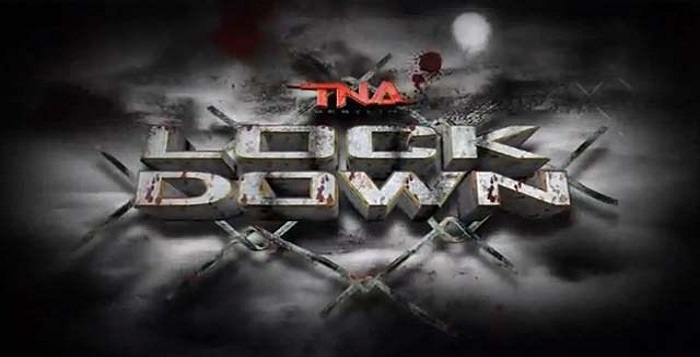