We have a new #1 contender with Tony Nese earning the right to face Drew Gulak for the title at Extreme Rules. That could make for an entertaining match, but what isn’t around here? 205 Live has turned into one of the best shows WWE puts out every week and it’s a shame that fewer people don’t see it. Let’s get to it.

We open in the back where Nese is giving Jack Gallagher and Oney Lorcan a pep talk before tonight’s six man tag. Gallagher is ready to team with Nese and the serious Lorcan wants to give Ariya Daivari some stitches.

Tornado tag with Gran Metalik and Lince Dorado for the House Party. It’s a dance/pose off to start before the House Party punch them out to the floor. The Singhs get chopped a lot until it’s Metalik kicking away at Sunil back inside. Dorado comes back in and throws Metalik onto Sunil for two as Sumir comes back in for a save. That’s fine with Dorado, who hits a springboard moonsault for two of his own.

Something like a reverse hart Attack gets two on Sumir but Sunil crotches Dorado to break up the rope walk elbow. A double suplex gets two and a spinwheel kick sets up some hip swiveling. Some kicks keep Metalik down and, of course, that means it’s time for dancing. A top rope Demolition Decapitator (Nigel: “BUENOS NOCHES!!!”) gets two as Dorado seems to have fallen into a hole somewhere.

As Metalik gets sent outside, Dorado FINALLY comes back in to break up some more hip swiveling. A high crossbody gets two with Sunil making a save of his own. The Golden Rewind puts Sumir down but the luchadors get double superkicked out of the air. Sunil brings in the Boscar trophy, which is taken away by Kalisto. The Metalik Driver sets up the rope walk DDT/a shooting star press for the stereo pins at 10:52.

With the jumping and the dancing: 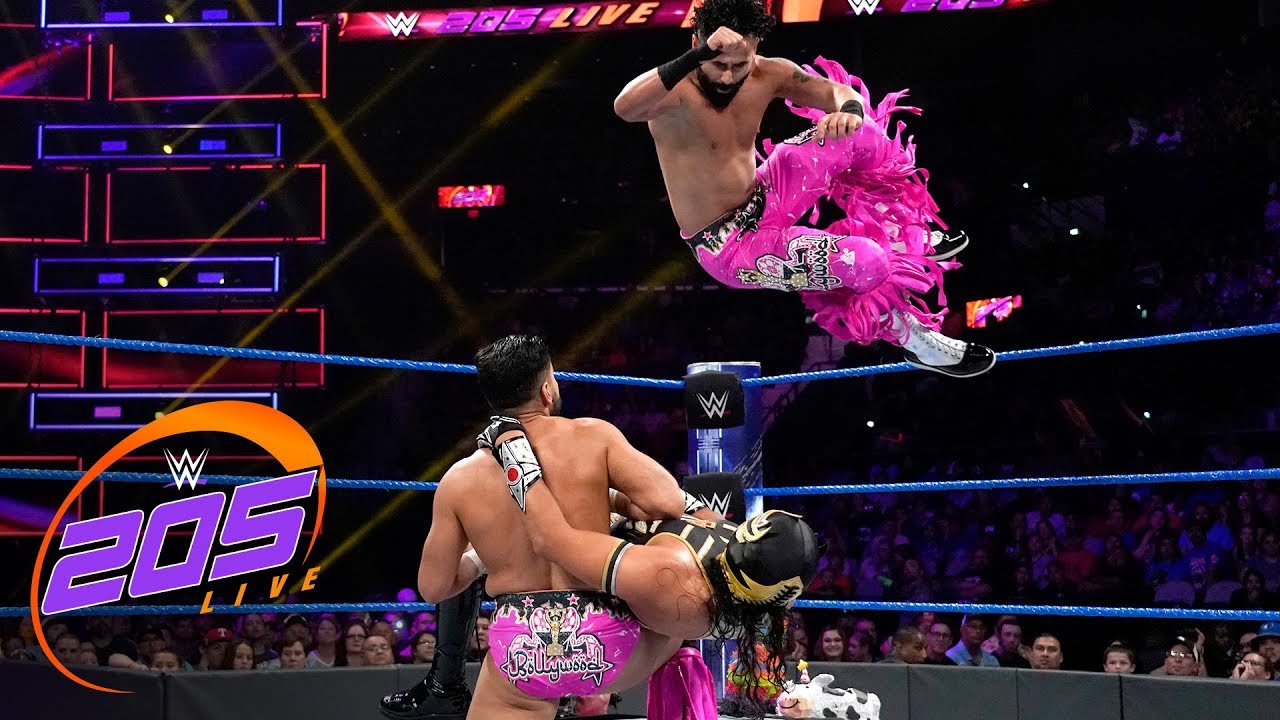 Mike Kanellis doesn’t want to talk about his loss on Raw. He and Maria aren’t speaking at the moment because last night should have been the greatest moment of his life but she called him a disappointment. Mike is disappointed, but in Drake Maverick. It’s all his fault and Drake is sitting on a beach with his wife when Mike should be celebrating great news with the Cruiserweight Title. Maverick is going to pay.

Nese and Gulak start things off but Mike is brought in with no contact. Gallagher comes in as well and they finally lock up over a minute in. Mike works on the arm and shoulders Gallagher down, only to have Gallagher tie himself in a ball on the mat. With that perplexing Mike, it’s off to Lorcan for some hard chops in the corner. Mike wants more chops and hits a clothesline, allowing the tag to Daivari. Some right hands set up a double suplex to give Gulak two as the villains start taking their turns.

Lorcan finally gets away and makes the tag to Nese so the pace can pick up. Nese’s springboard moonsault is broken up with a shove onto Lorcan, Gallagher and Daivari so the villains can take over again. Back in and Gulak grabs an armbar on Nese and it’s off to Daivari to pummel Nese some more. Nese small packages Kanellis for two, earning himself a hard clothesline to take him right back down.

A running corner clothesline sets up a superkick into an assisted Iconoclasm for two on Nese, which FINALLY draws in Gallagher to break up the triple team. With Gallagher on the apron again, Nese gets in a sitout powerslam and the hot tag brings in Lorcan. The running Blockbuster gets two on Daivari and Gallagher’s falling headbutt gets the same. Lorcan hits the big flip dive onto everyone but Daivari dives onto Lorcan plus everyone.

Nese follows suit and of course it’s Gallagher busting out the umbrella for the Mary Poppins Drop. Back in and a top rope headbutt gives Gallagher two on Daivari. Lorcan and Daivari fight to the back, leaving Gallagher to headbutt Gulak. Nese misses the 450 and Kanellis comes in for the two count (Nigel: “FOR THE LOVE OF MARIA!!!”). Nese is right back up with the sunset driver for the pin at 18:11.

The fighting was strong with this one: 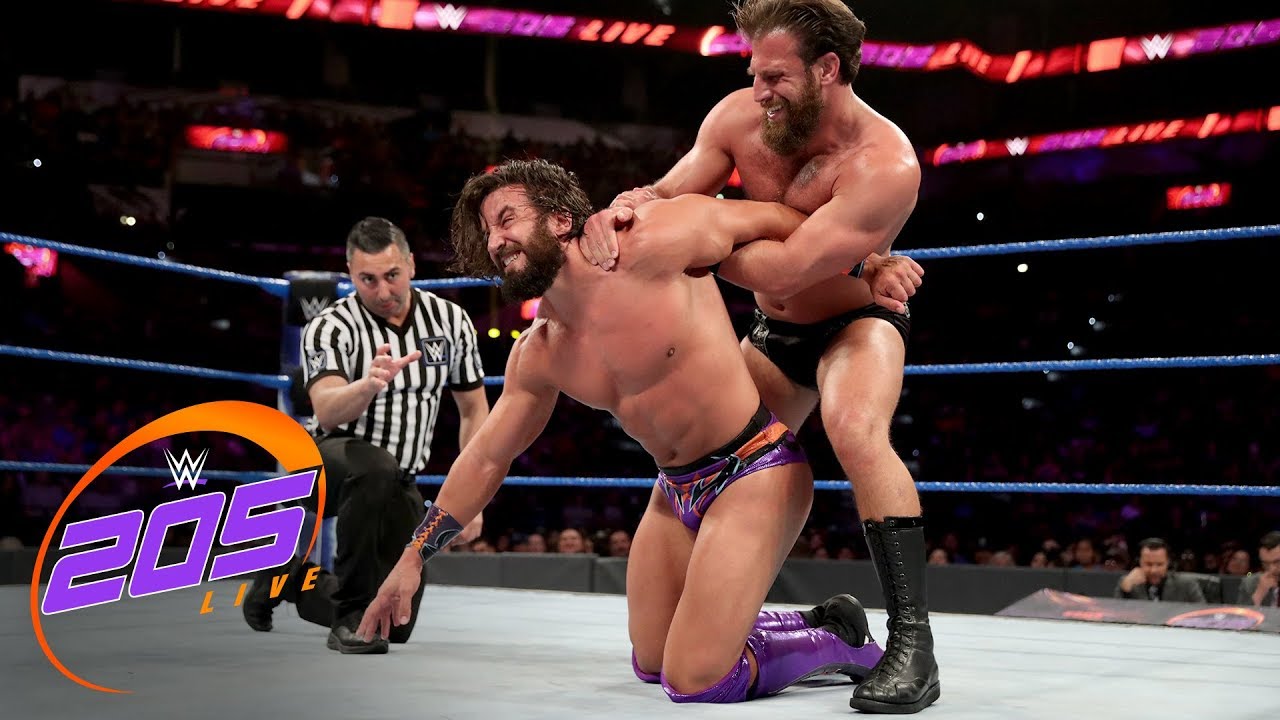 Post match Gulak lays out Nese as Lorcan and Daivari are fighting on the ramp. The three fights go over the announcers’ table and Kanellis is sent into the steps to end the show with the violence rolling. 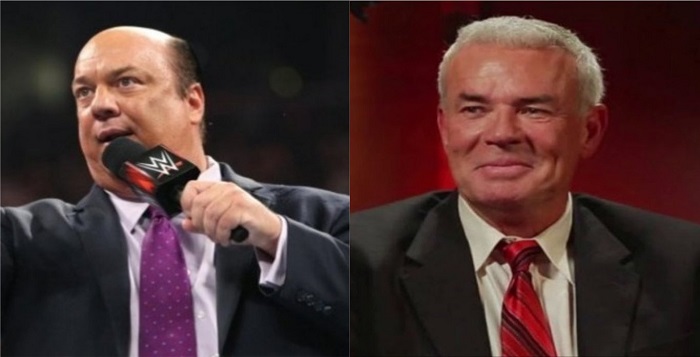 KB’s Review: So What Can They Do? 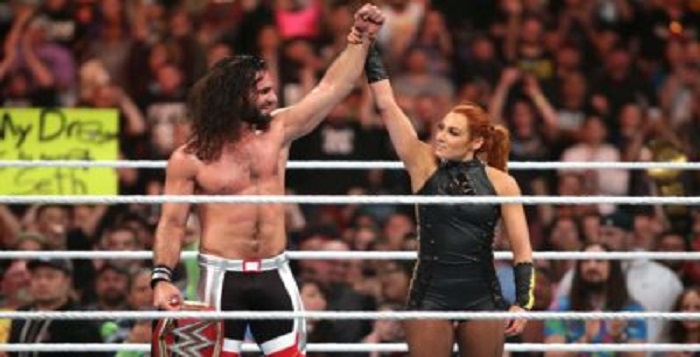