We have to be coming up on the end of this taping cycle. This week has a title match included with the Grizzled Young Veterans defending against Moustache Mountain in a rematch from Takeover: Blackpool. The crowd reactions continue to be the most interesting parts of these shows as the fans might not be the most familiar with the product. That makes for a better chance to see what works and what doesn’t, assuming NXT actually pays attention. Let’s get to it.

We open with a look at the Grizzled Young Veterans winning the titles and Moustache Mountain fighting to get back to the title shot.

Rhea Ripley storms to the ring and, after telling the cheering fans to shut up, calls out Piper Niven for a fight right now.

Rhea manages to pound her down to start but the big running crossbody out of the corner gets Niven out of trouble. A trip to the floor lets Ripley snap Niven over the top rope and the beating continues outside. Niven gets posted to give Ripley one as the fans have moved to split. We hit the bodyscissors on Niven for a good while until Piper dropkicks her into the corner. Niven does exactly the same thing but Rhea drops her across the ropes.

The standing Cloverleaf has Niven screaming a lot until a rope is grabbed. That just makes Rhea even angrier so she slaps Piper in the face. A Saito suplex plants Rhea and the fans move to a more general NXT chant. An exchange of clotheslines goes nowhere but Rhea can’t hit Riptide. Instead Piper avoids a charge to send her shoulder first into the post, setting up the Piper Driver to finish Ripley at 8:33.

Kenny Williams gets jumped by Noam Dar, who rubs his face in the mud.

Ilja Dragunov is back next week.

The much bigger Wolfe works on the wristlock to start and then bends the arm back on the mat. With the arm work boring him, Wolfe hits a good German suplex and whips Starz from corner to corner. A pump kick rocks Starz again but he slips out of a fireman’s carry. Starz rocks him with a running uppercut in the corner but runs into a Death Valley Driver. The sitout powerbomb finishes Starz at 4:05.

Gallus is ready to destroy the Hunt and Dave Mastiff. The cameraman gets thrown out.

Toni Storm is in action next week as well.

Jinny is out with Gabbert. With Luna being knocked around, it’s quickly off to Mercedes, who gets crushed in the corner as well. Both women get crushed at the same time and it’s a Dominator to finish Mercedes at 1:44. Complete squash.

Kassius Ohno says NXT UK is in a state of emergency. If you want to save British wrestling, you need someone like him. Ohno likes a lot of the founding members of the roster but sees Mark Andrews as a follower. Andrews uses a superkick to be like Shawn Michaels, not realizing that it was a British wrestler named Chris Adams who perfected it.

Also next week: Gallus vs. The Hunt/Dave Mastiff.

The Veterans are defending. Bate hiptosses and armdrags Drake to start and it’s off to Seven as the fans are chanting…something I can’t understand. The assisted Swanton from Bate gives Seven two so Gibson comes in instead. A few chops have Gibson cringing and it’s a blind tag to bring Drake back in for a blind side knee off Gibson’s back to take Seven down.

Seven gets sent outside for a slingshot knee/backbreaker combination. Back in and the chinlock keeps Seven down but a backfist finally allows for the tag to Bate. The BIG STRONG BOY chants start up and Gibson gets muscled over with a suplex. The standing shooting star looks to set up the Tyler Driver 97 but Gibson makes the save. That’s fine with Bate, who hurricanranas both of them down at once.

The big no hands dive takes out both champions at the same time and a powerbomb gets a very delayed two on Gibson. Everything breaks down and a superkick/neckbreaker combination sends Bate outside. A Backstabber into an assisted Fameasser gets two on Seven and Drake screams a lot. Seven tells him to take his best shot and it’s the Seven Star Lariat to take Drake down again.

The second hot tag brings Bate back in and a small package gets a hot two on Gibson. Everything breaks down again and Seven puts Gibson in the torture rack. Bate comes off the top with the knee to Gibson and a headbutt to Drake in the same landing. The Burning Hammer drives Gibson onto Drake but Imperium runs in for the DQ at 12:05.

The big feud is here: 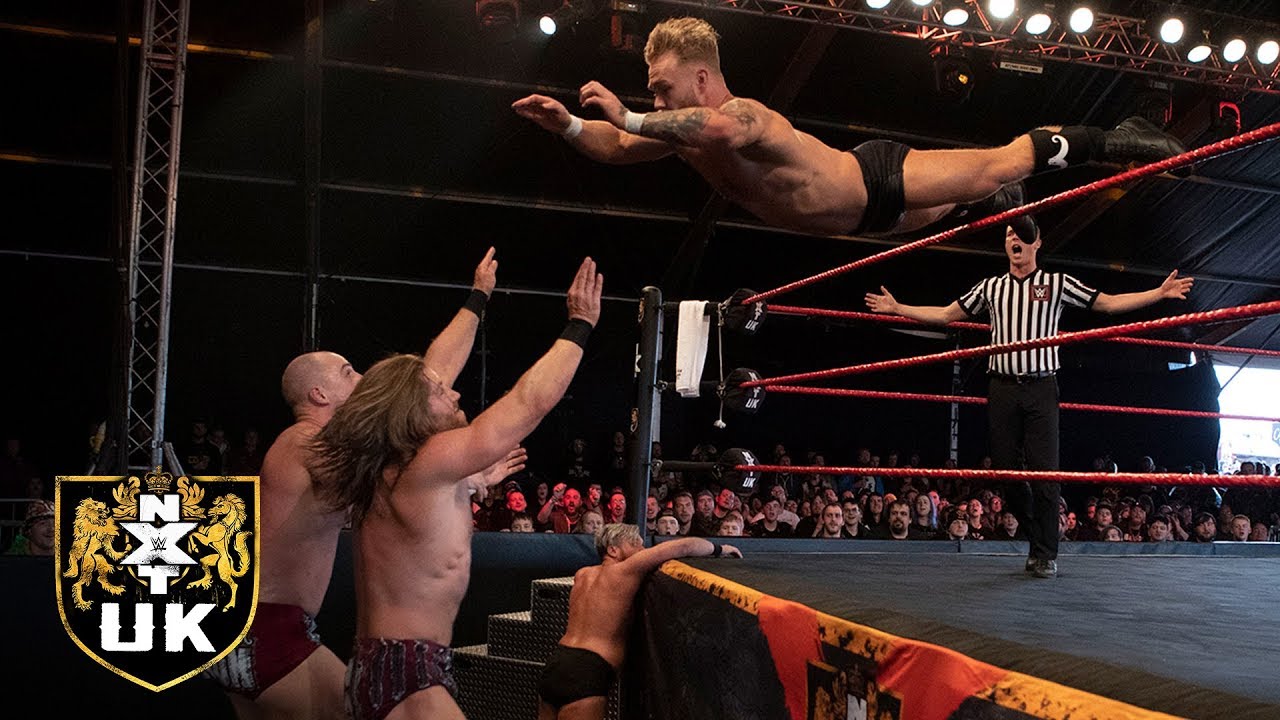 Post match the beatdown is on as the fans dub Imperium as WALTER’S B******. Seven gets handcuffed to the corner as Walter apron bombs Bate. Imperium shouts a lot and poses to end the show. 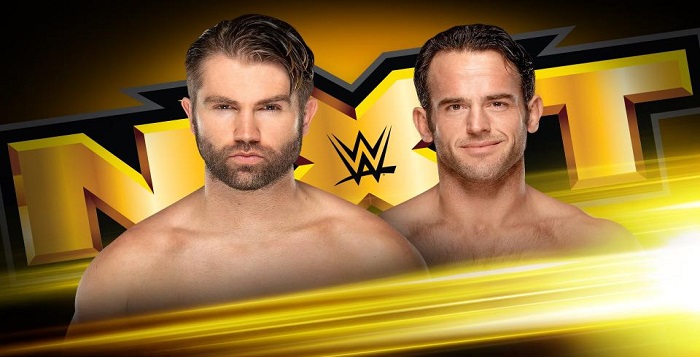