We’re done with the Royal Rumble and that means it’s time for all of the fallout. That could go more than a few ways, but given that it’s Main Event, I have a feeling it is going to be a few lower midcarders and a bunch of recaps. It can’t be much more annoying that Ricochet getting pinned last week, but you never can be sure around here. Let’s get to it.

They go to the mat to start with Gulak getting in a kick to the ribs for little impact as Carrillo grabs an armbar. Carrillo goes for the ankle but Gulak spins out and grabs a neck crank. The grappling on the mat continues with Carrillo pulling on the leg for a bit, followed by another standoff. An armbar sends Carrillo into the ropes for the break so Gulak takes him down for a quick leglock. Carrillo fights up but gets taken down by something like a side slam for two, followed by another armbar. That’s broken up with some kicks to the head, setting up a big kick to the head. The moonsault finishes Gulak at 5:55.

We look at Edge and Bianca Belair winning the Royal Rumbles.

Here’s Drew McIntyre to get things going. Drew talks about how we are on the road to Wrestlemania and goes over how great each match was last night. Cue Edge to interrupt him though and McIntyre praises him for everything Edge did for him over the years. Drew was here when Edge had to retire and then he was in the Rumble last year when Edge returned.

Edge says he likes Drew but what is wrong with him? Winning the Rumble last night means that Edge can challenge Drew for the title. So why isn’t Drew kicking his head off right now? Cue Sheamus to interrupt and ask Edge who he is to question Drew. Edge has been sitting at home while Drew carried this company all year. Drew may take the high road but that’s not what Sheamus is going to do.

Edge won last night, so he can make a decision or Drew can do it for him. That isn’t happening tonight, but everyone will know when he makes his decision. Either way though, Edge is walking out of Wrestlemania as champion. Edge leaves, and Sheamus Brogue Kicks McIntyre, likely setting up the Elimination Chamber title match.

From later on Raw.

A sad Drew McIntyre talks about his ten year friendship with Sheamus, including the two of them spending Christmas together in a diner because they had no one else. If Sheamus wants the match, he has it. No date given.

Priest wastes no time in knocking Miz to the floor for the step up flip dive to take out both Miz and Morrison. Back in and Miz fights back but Priest isn’t having that and hits the running elbow in the corner. The Broken Arrow gets two but a Morrison distraction lets Miz get in a cheap shot. Miz goes for the briefcase but Bunny takes it away. Bunny hands it to Morrison and hits him with the microphone. The Reckoning finishes Miz at 4:26.

Garza rushes straight into the corner for some forearms to the back but doesn’t get anywhere, as Ricochet slaps on a headlock instead. A dropkick puts Garza on the floor and we take a break. Back with Garza (having TAKEN OFF HIS PANTS) tying up the leg and cranking on the chin at the same time. With that not working, Garza takes him back into the corner but gets hit in the face for a breather.

Garza is knocked down so Ricochet rolls forward to pick him up for a brainbuster. Another kick puts Ricochet down as well though and Garza hits a Lionsault for two of his own. Ricochet knees him in the face but Garza hits a rebound right hand for two more. An enziguri looks to set up the Recoil but Garza grabs the rope to set up a rollup with feet on the ropes to pin Ricochet at 11:10.

Randy Orton can’t believe Edge pulled it off last night but the bigger problem is Edge made Orton look like a liar. See, Orton had promised that Edge wouldn’t be back but here he is again. Orton beat Edge up time after time because he loves him like a brother and tried to get him out of this business. Edge isn’t going to main event Wrestlemania because tonight there will be no mercy or compassion. They meet tonight.

And one more from Raw.

Edge goes straight at him to start and hammers away, setting up the standing choke that he used back in April. Orton breaks that up and chokes him down in the corner, followed by more choking on the rope. Edge snaps off a quick Edgecution for two but the spear is countered into a scoop powerslam. They take it outside with Orton sending him into the steps and we take a break.

Back with Edge in trouble but hitting a clothesline out of the corner. The RKO is countered into the Edge O Matic for two and Edge knocks him off the apron into the barricade. Edge follows and gets poked in the eye, allowing Orton to drop him onto the announcers’ table. Back in and Orton sends him throat first into the bottom rope, followed by the hanging DDT. And now Alex Bliss is on the top rope with black fluid spilling out of her mouth. The spear finishes Orton at 16:02. 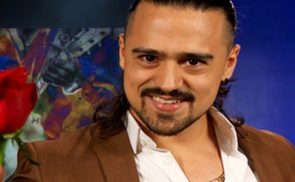