Note that this is being written before the debut of the new NXT, so I have no idea what took place on this week’s show.

NXT has been around for a very long time now and has become one of the staples of modern wrestling. There have been some amazing matches, all time classic shows and incredible talents to come out of the promotion, but that is not good enough for some people. By “some people”, I mean Vince McMahon, but you really don’t need anyone else when he is involved.

Over the last few weeks/months, word has gotten out that McMahon is ready to blow NXT up and reset a lot of the ideas of the promotion back to the original days. That has been the big boogeyman for a while now and it is coming to get you. I know it sounds rather scary in ways as it sounding more like NXT Night Raw, but there was something that caught my eye which gives me some hope.

Earlier this week, a report came out from Fightful Select saying that NXT was going to have more characters going forward, albeit in a broader sense. This is something that I have been wanting to see in wrestling for a very, very long time and I hope they go a bit more full blast with this idea. As tends to be the case around here, it’s time for a flashback as we go to the all time masterpiece that is WrestleMania X7.

Now in case you haven’t seen the show the required 183,942 times, WrestleMania X7 featured one of the greatest matches in the history of wrestling with the Gimmick Battle Royal. The idea was to take a bunch of old gimmicks and put them in a battle royal, which was really just a way to let everyone get out there in front of the WrestleMania crowd one more time. It was a glorious mess, with everyone from Duke Droese to Earthquake to the Bushwhackers to Nikolai Volkoff and more over the top insanity that only wrestling can provide.

There were eighteen wrestlers in total but there are a few that I want to focus on: Doink the Clown, Sgt. Slaughter and the big man himself, Hillbilly Jim. Your individual tastes in the three of them may vary and Jim and Doink may not have had the most success in wrestling, but they had something very good going for them: they had some of the most obvious gimmicks in the world.

Picture these three wrestlers coming to the WrestleMania stage to their respective music and doing whatever pose they would use. What you have are three wrestlers that anyone can instantly understand because they are very obvious characters. You don’t need more than about three seconds to understand almost everything you need to know about them and what you see is what you are going to get.

If you do watch the match (as you should), notice how fast the fans react to at least Jim and Doink. There is no doubt as to what the fans are seeing and Doink gets a huge reaction almost immediately. That is because those wrestlers are someone anyone can identify with and were (mostly) fun characters over the years. You can do a lot with wrestlers who are built around an idea or two and that is was the point of the Gimmick Battle Royal: a showcase of characters that fans were going to remember, but also characters that fans would still react to.

Now, compare this to the NXT of the last few years. While there are certainly wrestlers who have characters (Cameron Grimes is at the top of such a list), how many don’t really have a defined character? Consider some of the top stars of NXT over the last few years. For the same three, we’ll say Tommaso Ciampa, Johnny Gargano and Adam Cole. They are all talented, they can all do a lot of things in the ring and on the microphone, but they are not exactly easy to define in a few words. You can list off characteristics (Gargano is a survivor, Cole is cunning and Ciampa is vicious), but that isn’t the same as a character.

Part of the problem with NXT is that you need a pretty decent bit of backstory to understand a lot of what is going on. As good as WWE has been at making recap videos, it can be difficult to jump straight into an NXT story because the wrestlers have such deep and involved histories in a lot of cases. That can make things all the more complicated and that is one of the reasons why NXT has had trouble growing an audience. How easy could it be to get lost if you have to keep track of so many people doing so many things?

Some of these changes have already started. In addition to the aforementioned Grimes, consider people like the Creed Brothers. You look at the two of them with their matching gear and their amateur wrestling backgrounds and the idea is very clear. WWE isn’t going for complicated with these guys and they are going to make an impact immediately because they are that easy to comprehend. The two of them are a little easier to comprehend than say, Dakota Kai, whose defining characteristic is that she kicks people a lot. Cool visual, but it’s not something that has the most depth.

It isn’t like this is difficult to do either. NXT has had more than one character over the years, including someone like Elias. What did Elias do? He’s the guy who played a guitar and sang a mean song about everyone. His world was built around his music and you could get that just by watching him a time or two. You didn’t need an explanation and it wasn’t something that needed to be tweaked very much. That’s why it shouldn’t have been a surprise when he moved up to the main roster without changing much of anything to his character. Granted it is also why he hit so much of a ceiling on the main roster.

Now to clarify, I’m not saying we need a return to the New Generation where everyone is a one note character and the whole thing is a clown show. That didn’t work back in 1995 and it isn’t going to work here either. What NXT is looking at is a nice mixture of the two concepts, likely split between the main event picture and the lower card. It is something that NXT has done before and they can do it again, likely with some more success if they put in the effort.

In short, NXT needs to find a better balance. They have swung a bit too far in the other direction and that can be a problem on its own. There is certainly a way to swing things back though and that seems to be what they are trying. Granted that might not go so well either, as WWE does have a long history of going a bit too goofy and making things harder on themselves. The talent is there, but WWE needs to find the right way to use all of it.

Characters in wrestling have worked for years and they can do it again here. You can put someone on screen and give the fans something to understand as soon as they watch. That is a much easier way to get the fans attention and hopefully keep it by letting them get their feet wet. NXT did not do itself any favors with its deep history when it came to drawing in fans. That worked very well for the long term viewers, but that isn’t the best way to grow an audience over the years. That’s why things are going to change so much and hopefully it changes the NXT audience along with it. 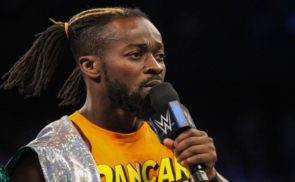 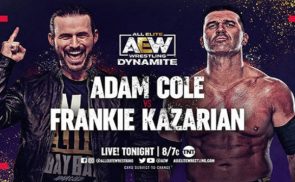