It’s nice to see some familiar faces. This week’s edition of NXT marked the launch of NXT 2.0, which saw the biggest change in the history of the show. All kinds of new names debuted on a new set with a new layout of the Capitol Wrestling Center. That alone should make for something new, but there were also some familiar faces showing up for the first time in a good while.

There were two surprise returns this week on NXT. First, Austin Theory returned from his self imposed hiatus to take part in the wedding between Dexter Lumis and Indi Hartwell. Theory appeared at the wedding and was asked to present the rings, which Ikemen Jiro actually had. In addition, NXT Cruiserweight Champion Kushida returned after missing several weeks due to testing positive for the Coronavirus. Kushida agreed to defend his championship against Roderick Strong next week, in a match originally planned for last month.

It certainly was an eventful night. Check out what happened with the returns, plus a mashup from the past: 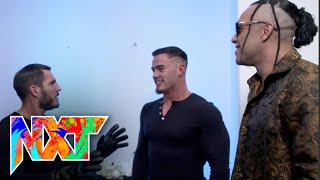 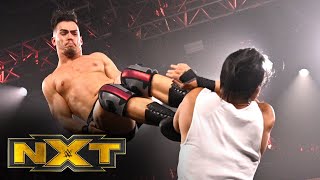 Opinion: This was one of the busiest editions of NXT, or any wrestling show for that matter, that you will see for a long time. What mattered here was seeing what the future held and a lot of that will be determined by how the older, more established names do. These two are certainly worth a look and I’m curious to see how they both handle their roles in the new NXT.

What did you think of the returns? What is next for both of them? Let us know in the comments below. 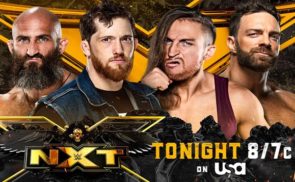