It took long enough. The WWE Network has changed the way wrestling fans can watch the sport that they love. Never before has there been a way to see so much top level wrestling content for such a cheap price and certainly not something that has been officially issued by a wrestling company itself. There is so much content available on the service and now we are getting something else, albeit with a very different tone.

Over the last few years, there are very few people who have found another stage of their career like R-Truth. After changing his style from serious to a complete goof who is often completely confused by almost anything, R-Truth has become a completely different character. It has opened a new set of doors for him in wrestling, and now it is getting him another gig in WWE.

The WWE Network Twitter account has announced that R-Truth’s new game show, officially titled R-Truth’s Game Show, will be debuting next Tuesday. The show was originally confirmed more than a year ago but never aired for reasons that are not clear. A trailer for the show was officially released last month and shows R-Truth having other wrestlers perform tasks and answer trivia questions.

Tell us who YOU want to see on The @RonKillings Game Show before the first episode premieres Tuesday! ??? pic.twitter.com/3hIamEgLTJ

This could be a lot of fun. Check out a trailer for the series and some of R-Truth’s funnier moments:

Opinion: I mean, why not? R-Truth has been the kind of person who is always good for a laugh and while that might not be something that works in a more structured format, WWE would be insane to not give it a try. See what you have with him and maybe you could have something fun. If nothing else, it can be the latest entry on a long list of WWE Network shows that were good for some laughs and then went nowhere.

How does the show look? Who would you like to see appear? Let us know in the comments below. 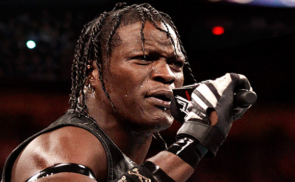