Someone get the envelopes ready. One of the traditions that WWE has used on and off over the years is the Slammy Awards. They are a pretty simple idea and the kind of thing that they can do every year to the same result. That is a nice way to use a week at the end of the year, but for some reason WWE has dropped the concept in recent years. Now something similar is coming back, though not in the same way.

Awards in wrestling are a good idea because they can get a lot of things done in a single night. There are all kinds of ways to go with something like this and WWE has gone in several different directions over the years. They can be used as a way to push someone in a hurry or as a step up to the next level. WWE will be presenting awards again, but it might not be on their most popular show.

During this week’s episode of the Bump, WWE announced a new awards ceremony called The Bumpies, with the awards being announced on the July 29 episode of the Bump. The awards are designed to honor the best from the first half of 2020, with eight categories and nominees announces. All voting will take place on WWE.com and here are all of the nominees:

WWE Superstar of the Half-Year

WWE’s Tag Team of the Half-Year

WWE In-Ring Match of the Half-Year

WWE Cinematic Match of the Half-Year

WWE’s Rivalry of the Half-Year

The Biggest Surprise Guest/Moment on The Bump

The Best WWE’s The Bump Entrance

Biggest Social Reaction of the Half-Year

Awards have been a big deal for a long time in WWE. Check out the nomination special plus some other great awards moments:

Opinion: I remember loving the Slammys when I was growing up so this is a cool thing to see come back. They may not be the exact same thing, but for all intent and purpose, this is the exact same thing. Awards are an easy concept and having the fans vote on them could make things even more interesting. This is a cool little surprise and I could go for seeing it become a regular thing.

Who are your winners in the categories? Would you like the Slammys to come back? Let us know in the comments below. 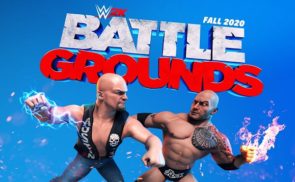