The Mexico run continues and that’s not a bad thing. Some of the local talent has done rather well with a few of them being big standouts. Other than that, we seem to be setting up for Tessa Blanchard vs. Ace Austin, possibly at Sacrifice. If nothing else, maybe we can get some more Eddie Edwards vs. Michael Elgin. Let’s get to it.

Here’s Tessa Blanchard to open the show, with commentary confirming the title match against Austin. Tessa says she isn’t hard to find and she’s a little impatient so here’s a challenge in Spanish. Cue Austin with Reno Scum and we have an impromptu match.

Non-title. Tessa can’t get very far with a waistlock to start so she sends him into the interfering Luster the Legend on the apron. A headscissors puts Thornstowe on the floor but Luster blocks a suicide dive. Back in and Thornstowe rubs his armpit on Tessa’s face and the neck crank goes on.

Thornstowe chokes on the ropes and gets two off a slam. A standing moonsault misses though and Tessa is right back with a running hurricanrana. Tessa superkicks him off the apron onto Ace and Luster, setting up back to back suicide dives and a flip dive off the top. Back in and a cutter gives Tessa two, followed by the Buzzsaw DDT for the pin at 7:59.

Post match, Ace distracts Tessa so Luster can come in and start the beatdown. Tommy Dreamer runs in for the save.

Kiera Hogan and Madison Rayne are arguing when Taya Valkyrie interrupts to complain about facing Jordynne Grace next week. They don’t like how she talks to them and won’t be helping her in the title match.

During the break, Dreamer challenged Ace for a hardcore match tonight.

The announcers talk about the show but the feed is interrupted with a graphic for “realityislost.com”. They don’t seem to notice and preview everything else going on tonight, plus a few matches for Sacrifice on February 22.

Rhino shoves him away to start but his running shoulder has no effect. Another works a lot better but Taurus is right back with one of his own. They go to the floor with Taurus going face first into the apron. That doesn’t seem to matter as Taurus sends him shoulder first into the post and cranks away on the arm back inside.

A Codebreaker to the arm gets two and Taurus scores with a Shining Wizard for the same. Rhino avoids a twisting Swanton though and they’re both down for a bit. Taurus gets sent into the corner for a belly to belly but he’s right back with a running elbow for two. The spinebuster puts Taurus down again but here’s Moose to jump Rhino for the DQ at 6:45.

Result: Rhino b. Taurus via DQ when Moose interfered (6:45)

Post match Moose goes after Taurus and walks into a Gore from Rhino to send him outside.

Michael Elgin is ready to go up 2-0 on Eddie Edwards next week and then win the series the week after.

Johnny Swinger challenges the Desi Hit Squad on behalf of himself and Willie Mack, but it winds up being Shera vs. Mack.

Taya tries to get Rosemary’s help next week but Rosemary is too busy attacking James Mitchell and Havok, both of whom she locks in a room.

Susie offers a handshake but Rosemary puts the hand on her throat. Susie: “NO! THAT’S BAD!” Rosemary demands Susie hit her but Susie begs off in the corner instead. The bloodied glove to Susie’s face is enough to make her snap though and Rosemary seems pleased. Rosemary fights out of the Mandible Claw and they fight up the ramp for the double countout at 3:06.

Result: Rosemary vs. Susie went to a double countout (3:06)

Post match they fight in the back with Rosemary getting the better of it. She grabs the noose that was used to hang Su in this building and wraps it around her neck but security stops her. It’s too late though as Susie has become Su Yung again, complete with flashbacks to being hung.

Post break a distraught James Mitchell staggers out and finds a laughing Rosemary. Congratulations, because they’re all dead.

Fallah Bahh is here with TJP. They go technical to start with TJP taking him down and working on the arm before switching to a headlock. That goes nowhere so it’s an anklescissors to take Vikingo down instead. A Boston crab doesn’t work so they tie their legs together and stand on their heads for a slap off. Stereo nipups give us a standoff until another anklescissors sends Vikingo down. He’s right back with a headscissors to the floor and a shooting star press off the apron crushes TJP.

Back in and TJP hits a double chickenwing gutbuster to set up the slingshot hilo for two. A double underhook arm crank has Vikingo in trouble but he reverses into a….I’m not sure what you call that but he had TJP’s limbs behind him and bent TJP around a lot. Back up and they trade some kicks to the arm until Vikingo pulls him down into a cross armbreaker. That’s broken up and TJP grabs a Muta Lock, plus an arm crank at the same time, to put Vikingo in serious trouble.

TJP can only hold it for so long until they head to the floor for a chase, capped off by Vikingo hitting a dropkick through the ropes. That means a big flip dive over the top to take TJP down again, with the fans deeming it awesome. TJP gets tied up in the ropes for a top rope legdrop but he’s right back with a Tombstone into a frog splash for two.

Vikingo’s running knees in the corner give him two of his own, with the fans wanting them to fight forever. Now it’s TJP back with a superplex into an Octopus Hold but Vikingo is straight out. Back up and TJP loads up the Detonation kick but Vikingo slips out, only to get pulled into a Regal Stretch for the tap at 13:41.

Post match TJP shows respect but here’s the North to beat both of them down.

Katie Forbes tells Joey Ryan that he doesn’t want to touch it. Joey says he’s not interested but Rob Van Dam jumps him from behind. They’ll fight next week.

Wagner’s son is with him. Dave and Wagner start things off and take their time to start until they trade some waistlocks. A running kick to the head lets Wagner pose so Jake comes in, only to get punched into the corner. Wagner hits a middle rope cutter for one so it’s Daga coming in and getting caught with a Death Valley Driver. Daga is right back up and sends Jake to the floor for a baseball slide.

Back in and Wagner comes in to clean house again, including a German suplex for Dave. With Josh’s voice giving out, Daga gets two off a brainbuster to Jake. A spike Tombstone gets two on Daga and everything breaks down off the save. Wagner flips onto Jake and Daga’s Jay Driller is good for the pin on Dave at 8:15.

Swinger tells Mack that he has heat with Shera so they’ll have a match next week. Mack can handle this on his own.

Non-title falls count anywhere street fight. Ace brings the card at Dreamer but gets sent outside for his efforts. A suplex on the ramp lets Dreamer grab a bunch of weapons to throw at Ace. Tommy puts on the sombrero and dances with a crutch before brawling up to the stage. They go into the crowd instead with Dreamer sending him into the chairs as we take a break.

Back with Dreamer posing but getting kicked off the balcony (about a four foot drop) so Ace can dive onto him. Dreamer blocks some kicks on the apron and pulls Ace down, setting up a Conchairto on the arm. Back in and Ace sends him into the post, setting up the paper cut with the card, this time to the head to bust Dreamer open. Ace chairs him down a few times and now it’s time for a table.

Dreamer gets in a shove off the ropes though and they slug it out with Dreamer getting the better of it. A running kendo stick shot in the corner misses though and Ace hits a top rope spinning Fameasser for two. Dreamer shrugs off some stick shots and hits a White Russian legsweep. Ace kicks him in the face so Dreamer grabs him low, setting up a DDT for two. A running powerslam through the table gives Dreamer two more and it’s time for a ladder, which winds up on the middle rope. Dreamer takes him up top but gets crotched, setting up a super Fold to give Austin the pin at 19:53. 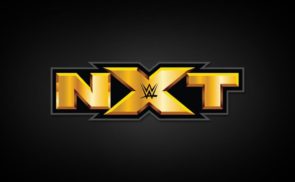 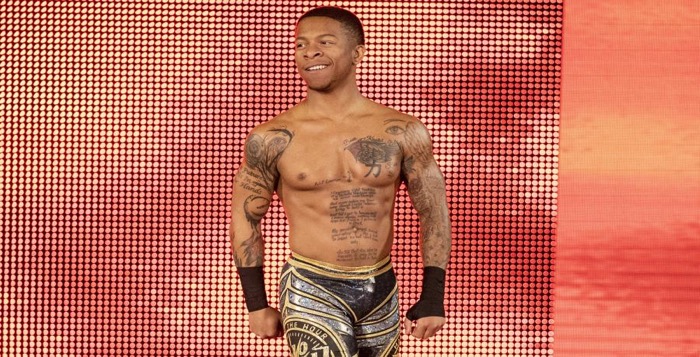