NXT has certainly been promoted as a third roster brand, stemming from their USA debut in September on 2019. Just a couple of weeks later, NXT started competing head to head with All Elite Wrestling (AEW), on October 2.

With NXT now being featured on weekly television, will the black and yellow brand now be a part of the Superstar Shake-up? According to Dave Meltzer of the Wrestling Observer, “Who knows. They don’t even know.”

The Superstar Shake-up typically occurs a week after WrestleMania. Unlike the WWE Draft, the way that viewers know that someone has defected to another brand is the person actually appearing without a formal announcement from an executive or General Manager.

Since the launch of NXT on the USA Network, former Universal and Intercontinental Champion Finn Balor returned to his black and yellow roots. The former NXT Champion returned to the brand as a babyface during the live events, but shocked the audience by turning heel on Johnny Gargano on an episode of NXT television.

This feud between Gargano and Balor has resulted in a match between the two at the upcoming NXT TakeOver: Portland pay-per-view. Before Balor’s return, he was feuding with “The Fiend” Bray Wyatt, and lost to him at SummerSlam 2019. 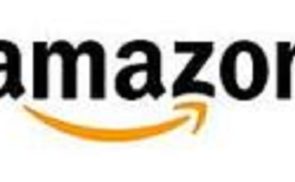