That’s a nice thing to see. Fans are one of the most important parts of any live wrestling event as they bring the energy to the show. They also give the wrestlers feedback, as the booing and the cheering can tell the wrestlers how the show is going. Sometimes fans can get a little too intense though, and that seemed to be the case again this week. Thankfully, it wound up going rather well.

Following this week’s SmackDown broadcast, Cody Rhodes defeated Seth Rollins in a dark match. After the match, Rhodes was taking pictures with fans at ringside when a young fan jumped the barricade in an attempt to get a picture. Rhodes and security took the fan back to his family, though Rhodes later tweeted about the incident and said that the fan did wind up getting his picture.

This is kind of adorable. Check out the kid getting to see Rhodes:

This popped me. He ended up getting the pic ? ?

Opinion: This is something that was rather nice, though hopefully it doesn’t happen quite that often. While this went well, there is another situation in which this is someone jumping the barricade who is a bit older, bigger and angrier and things do not go well. What happened here was nice and Rhodes handled it well, but hopefully security is a little bit tighter next time.

What did you think of the video? How has Rhodes done in his WWE return? Let us know in the comments below. 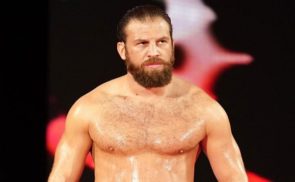 VIDEO: Roman Reigns Teases “New Phase” In Life, Not Sure When Crowd Will See Him Again