Anything can happen in WWE. There are a lot of shows on the WWE calendar in any given year but there are some that stand out more than others. WWE has a series of signature shows that are bigger than the rest and as a result, they will have bigger stars around. While the shows can be planned out as well as possible, sometimes there are going to be some issues. That was the case with one of the most important ones this year.

According to Fightful Select, there was a mishap backstage during the men’s Royal Rumble. Randy Orton was scheduled to enter the match at #28 but as he was ready to go through the curtain, Shane McMahon’s music played instead. McMahon went to the curtain to complain about the mistake but Orton burst into laughter and “fell to the floor” over the situation. McMahon entered at #28 and Orton composed himself before entering at #29. Both would be eliminated by Brock Lesnar, the match’s eventual winner.

What did you think of the Rumble? What is your favorite funny backstage WWE story? Let us know in the comments below. 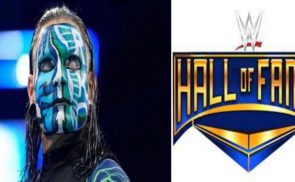