They might be on to something. The wrestling world has changed a lot in recent years and that has been a good thing. Rather than having WWE as the only real power in the industry, AEW has risen up to join the higher ranks. That is something wrestling fans and wrestlers have wanted for a very long time now, and we might be about to see another wrestler who has left WWE head to a new home in AEW.

Last week, AEW President Tony Khan announced that a new free agent would be debuting during this week’s edition of AEW Dynamite. According to Fightful Select, several members of the AEW roster believe that the new signing will be former WWE star Keith Lee. However, it is said that no one is sure that Lee is the signing. Lee’s WWE no compete clause recently expired, meaning that he is free to sign anywhere he wants to.

Opinion: Lee is a very distinct possibility and someone that would make a lot of sense in AEW. You never know what you re going to get in AEW though and that is what makes this all the more interesting. It might be Lee, but it could be all kinds of wrestlers who have recently been released from WWE. What matters is that we are seeing someone (or maybe more than one someone) getting a fresh start and that is one of the best things about AEW.

Who do you think the surprise will be? Who do you want it to be? Let us know in the comments below. 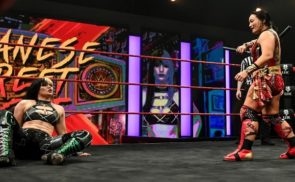 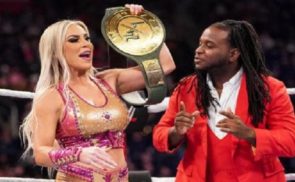