History has been made! There is something special about seeing a title change. It means that we are in for something new, and that is the kind of feeling that you do not get to see very often in wrestling. They happen more often than they used to as modern wrestling has more championships, and now another one of them has changed hands this week. Actually, two of them.

The WWE Women’s Tag Team Titles changed hands during this week’s edition of Monday Night Raw. Queen Zelina and Carmella defeated Rhea Ripley and Nikki Ash to win the titles when Vega pinned Ripley. This marks the first title reign for either Vega and Carmella and in Vega’s case, her first championship in WWE. Ripley and Ash had held the titles for sixty three days. 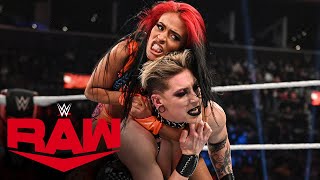 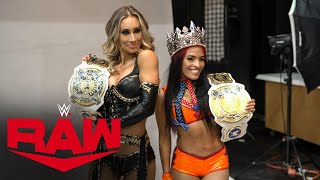 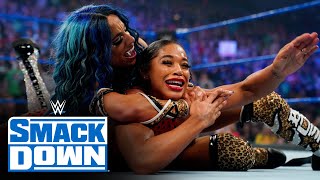 Opinion: This is a title change that makes sense, as it’s not like Ash and Ripley were doing anything with the titles. Vega and Carmella might not be the most dominant champions, but at least they’re a team who fits well together and seems like they might have a future with the belts. That’s what the division needs, though I’m not sure how much competition they’ll really have.

What do you think of the title change? How will Vega and Carmella do as champions? Let us know in the comments below. 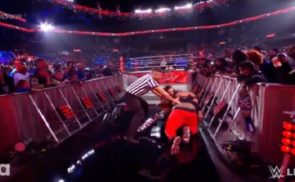