Uh….security? Some wrestlers are in a tough spot at times as their job is to make the fans hate them. The goal of a villain in wrestling is to get the fans so riled up that they are willing to spend their time and potentially money to see someone beat them up. That is hard to do, but when it works, it works very well. This time though, it might have worked too well.

This week on Monday Night Raw, Seth Rollins attacked Finn Balor, including giving him the Stomp onto the ring steps. Following the attack, Rollins began walking back up to the stage when a fan jumped the barricade and tackled him. The camera immediately cut away and the attack was not mentioned. In a video that has been released on Twitter, Rollins tried to get the fan in a front facelock until referees and security took the fan away. After the show was over, WWE issued a statement to PWInsider.com, saying:

“WWE takes the safety of its performers very seriously. The individual who attacked Seth Rollins has been turned over to the NYPD and will be prosecuted to the fullest extent of the law.”

This didn’t go well. Check out the attack from two angles, plus Rollins doing something other than talking: 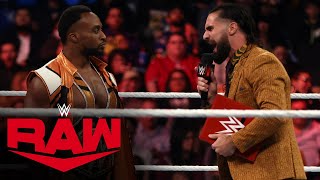 Opinion: Thankfully everything seems to be ok for Rollins, as that could have been a lot worse. Rollins had every right to defend himself there as he has no idea what that fan had in his hands or pockets, let alone what he might try to do to Rollins in the first place. It’s also nice to see the referees being right there to take him down because it could have gotten ugly otherwise.

What do you think of Rollins? How should this have been handled? Let us know in the comments below. 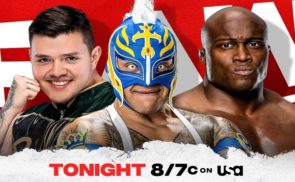