Stick around. WWE is the biggest wrestling company in the world and has its hands in all kinds of things. Above all else though, their biggest method of exposure is television. With two national television deals for Monday Night Raw and SmackDown, it is easy to see WWE programming if you want to. Now we know that will continue to be the case for an even longer time to come.

In a press release by way of 411mania.com, the FOX Network has announced that SmackDown will be returning for the 2022-23 television season. The show will remain in its current time slot, meaning that it will continue to air on the network in the same way for a fourth year. WWE and FOX began a broadcasting agreement in 2019, with the teal set to expire in 2024. There was nothing to suggest that a change was coming.

Opinion: That’s good to hear, as WWE airing SmackDown on FOX is one of the best things that it has going. In addition to the prestige of having a show on broadcast television, there is also the fact that WWE makes a fortune for the broadcasting rights every year. WWE programming may not be at its best from a quality standpoint at the moment, but it is certainly at its most valuable and that is what is most important.

What do you think of SmackDown? How could it be made better? Let us know in the comments below. 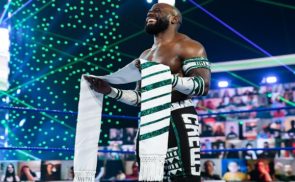