It deserves some praise. Every so often, you see a match that catches your attention for all of the right reasons. The whole thing comes together so well that it is impossible to not like it for almost every possible aspect. Those are the matches that will be remembered for a long time to come and now it has happened again, with even WWE getting in on the match’s praise.

The main event of this Sunday’s Hell In A Cell pay per view saw Cody Rhodes defeat Seth Rollins in the show’s namesake match. Rhodes wrestled the match with a torn pectoral muscle, leaving him injured throughout. According to the WrestleVotes Twitter account, those at WWE’s Gorilla position were said to have “loved” the match and seen it as a modern classic, which WWE will treat it as going forward.

I’ve had multiple sources reach out this morning w/ exemplary words for the performance Cody Rhodes put in last night. Credit to Seth Rollins as well. Those at Gorilla were said to have LOVED the match. A modern day, all time classic HIAC that WWE will treat as much going forward

Opinion: I can see the match getting this kind of praise as it really was one of the better things WWE has done in a long time. What matters the most is that Rhodes can go get fixed up and went out on an amazing match. That injury looked terrible and the fact that he was able to get through the match was very impressive. The match deserves that kind of attention and even WWE seems to understand it.

What did you think of the match? What is next for the two of them? Let us know in the comments below. 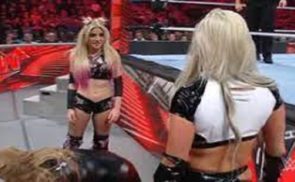