Welcome back. With such a large roster in WWE, it can be easy to forget what to do with some of them. That includes getting them on television, as there are only five hours a week between Monday Night Raw and SmackDown, but there is a third option. That would be NXT, which offers two more hours worth of spots to WWE stars. Now we get to see another one of those stars on NXT TV.

This week on NXT, Apollo Crews made a surprise return to the show, confronting Bron Breakker, who was asking who would be the next challenger to his NXT Title. The two shook hands out of respect and no match was set. Crews also teamed with Solo Sikoa to defeat Grayson Waller and Carmelo Hayes in the main event. That match was Crews’ first in NXT since 2016, though it is not clear how long he will be staying. In addition, Crews had dropped his Nigerian royalty character and was appearing as his normal self. 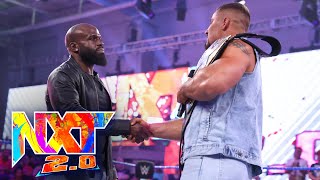 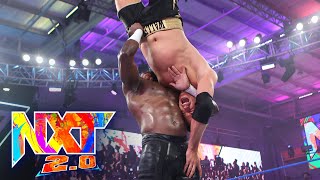 Opinion: I’ll take it, as Crews is someone who has talent but had nothing to do in WWE. Let him go to NXT where he will have credibility as a former Intercontinental and United States Champion and can help boost some people up. Crews is only 34 years old and an outstanding athlete who could do something when he is given the chance. If that is in NXT, good for him.

What do you think of Crews? How will he do in NXT? Let us know in the comments below. 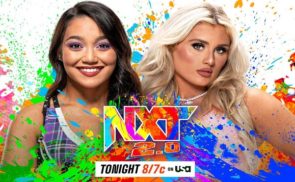