Current Champion Dealing With Injury, Not Cleared To Compete At The Moment

Not now. Over nearly two years, NXT Champion Tommaso Ciampa and Johnny Gargano have had one of the best feuds of all time, with one incredible match after another, along with some outstanding promos and storytelling. With both of them appearing on the main roster shows, it was pretty clear that the feud was coming to a close, but now something might be standing in the way.

According to PWInsider.com, Ciampa is currently dealing with a neck injury, which kept him out of action this week on Monday Night Raw and off the road this weekend. There is no word on when the injury took place, but it is something that Ciampa has been dealing with for a little over a month now. Ciampa is the current NXT Champion and likely scheduled to defend the title at Takeover: New York.

Ciampa has a lot going on at the moment. Check out his Monday Night Raw debut: 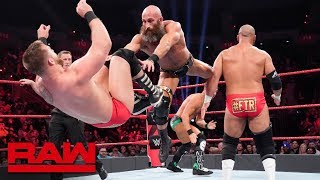 Opinion: I really hope this isn’t anything serious as Ciampa has been one of the top stars in the company for a long time now. He’s also been the best villain WWE has produced in several years and it would be a shame if he doesn’t get the proper finale to his big story on the grand stage. Hopefully the neck isn’t too bad and he can be healthy again soon, so maybe the rest can do him some good.

What do you think of Ciampa? Who should take the title from him? Let us know in the comments below. 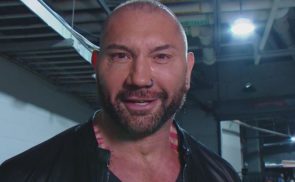 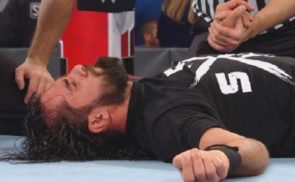