What a nice bonus. On Sunday, the WWE Network celebrated five years of being the greatest thing to ever happen to wrestling fans. With the Network running at full steam, wrestling fans are able to see all kinds of wrestling that they haven’t had access to before. You can watch live or on demand, but believe it or not there are fans who aren’t using it. However, WWE has given them a little present.

It’s the gift from out west. Check out Takeover: Phoenix in full for free:

WWE has released the full version of NXT Takeover: Phoenix on its YouTube page for free in celebration of the WWE Network’s fifth birthday. This is the second full show they have released in two days after Monday’s release of WrestleMania 34. Takeover: Phoenix aired on January 26, 2019 and featured a main event of NXT Champion Tommaso Ciampa defending against Aleister Black.

Opinion: This is the kind of thing that WWE can do for a special occasion like this and it’s a good idea. Letting the fans see what they can get for a pretty cheap price (not to mention EVERYTHING else that is available to them) is a good way to advertise the Network and NXT in particular. There’s nothing wrong with this and the fact that the main four people on the card are now on the main shows is a bonus.

Do you like the idea of WWE putting up shows like this? What else should they put up for the week? Let us know in the comments below. 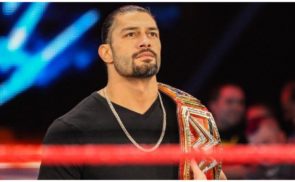