BREAKING: History Has Been Made! A Surprise Title Change Just Took Place At WWE’s Live Event At Madison Square Garden

History has been made! I know it seems like WWE is completely out of touch and downright dumb at times, but there are some things they do that make a lot of sense. One of them is holding their biggest live event of the year a few days after Christmas at Madison Square Garden. It’s a pretty simple concept: there is a show shortly after the holiday so parents will get their kids tickets as gifts. That’s a smart idea and the fans got to see something special.

One of the better moments of the year was seeing Rey Mysterio defeat AJ Styles to win the United States Title on November 25. The win came off as a very emotional moment and Mysterio’s son Dominick came out to celebrate with his father. Since then, Mysterio has been feuding with Seth Rollins, who comes equipped with his new enforcers, the AOP. The three of them beat Mysterio down on this week’s Monday Night Raw, which didn’t bode well for his upcoming title defense.

As confirmed by WWE, Andrade defeated Mysterio to win the United States Title at Madison Square Garden in New York City on Thursday night. This is Andrade’s first reign as champion and his first title on the main roster. Andrade is a former NXT Champion and has feuded with Mysterio on and off for months. This is the second time the title has changed hands in the Garden in two and a half years, as AJ Styles defeated Kevin Owens to become champion on July 7, 2017.

That’s quite the moment. Check out the ending to the match and announcement of a new champion:

Opinion: Cool. That’s the kind of thing that is going to boost house show attendance for a little while, even if it isn’t something that is likely to happen all that often. It’s a simple way of saying “hey, it could happen”, even if it will probably be years before we see another title change at a live event. If nothing else, this means more Andrade vs. Mysterio and I’m certainly in favor of that taking place.

How long will Andrade hold the title? What is next for Mysterio? Let us know in the comments below. 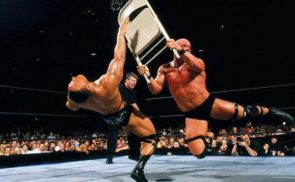 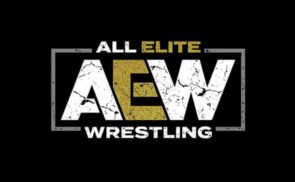 BREAKING: AEW Wrestler Records to Reset at the Beginning of Each Year