Now that’s what you call crossover for Banks. Wrestlers are in a weird place when it comes to being celebrities. Occasionally they pop up in acting roles but they are pretty few and far between, mainly because they are considered wrestlers rather than actors. That does give them a fair few set of openings for acting roles though, and one wrestler is getting a pretty big chance.

Sasha Banks is one of the most well known wrestlers in WWE today. She certainly has her fans and she has the success to back it up. Banks has been presented as one of the biggest stars in the company and even appeared with Roman Reigns in a Super Bowl commercial. It’s clear that WWE thinks a lot of her. That’s the kind of thing that can get you a long way and Banks has taken another step into stardom.

Banks can wrestle too. Check out her in-ring work:

Opinion: Good for Banks as this is the kind of role that is going to get a lot of attention on her. Banks has all kinds of charisma and it makes a lot of sense for her to get into a spot like this. Even if it doesn’t immediately lead anywhere for her, it is certainly the kind of thing that looks good on her resume and might get her noticed somewhere down the line. If she wants to get into acting later, it’s what she can point to as her first step into the business.

Do you like the idea of Banks on the show? Will she succeed as an actress? Let us know in the comments below. 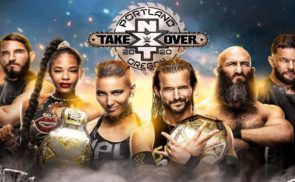