Put it on the schedule. WWE presents a lot of different shows every single year and some of them have been around for decades. Those WWE events are among the most well known in the wrestling world and it means a lot when they are coming up on the schedule. WWE knows how to make them feel important and that is what they are trying to do again with an important announcement.

WWE has announced that the 2023 Royal Rumble will be held at the Alamodome in San Antonio, Texas on Saturday January 28, 2023. This will be the fourth time the Royal Rumble has been held in San Antonio and the third time in the Alamodome. As is customary, the winners of the men’s and women’s namesake matches will advance to WrestleMania for shots at the respective World Titles.

Opinion: I’m not sure why San Antonio gets to host the show so often but it is nice to see that WWE is already talking about the Royal Rumble. It is one of the biggest events of the year and means that we are getting ready for WrestleMania season again. That is the start of everything meaning a lot more in WWE and that is reason to get excited, especially with all of the other changes in the company.

What is your favorite Royal Rumble? Who do you see winning the namesake matches? Let us know in the comments below. 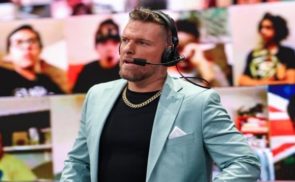