I would say that’s fair. Over the weekend, news broke that Jon Huber, better known as Brodie Lee and Luke Harper, shockingly passed away at the age of 41 years old. Huber had been wrestling in AEW at the time of his death and that is not the kind of thing that you let go in a hurry. It was all but guaranteed that AEW would be paying a special tribute to him and now we know what that will be.

Huber had not been around AEW for very long but he made a pretty big impact while he was there. This included being revealed as the Exalted One of the Dark Order and ultimately winning the TNT Title from Cody Rhodes in quite the squash. Huber was a big deal for a little while around the company though, and that is worthy of the tribute that he will be receiving this week.

AEW President Tony Khan has announced that this week’s edition of Dynamite will be a tribute to Huber, with the scheduled New Year’s Smash shows being pushed back to January 6 and January 13. The show will have a special card featuring members of the Dark Order in all five matches. The night will also include various tributes to Huber, as well as to his family.

Here are the matches for the show:

This Wednesday on #AEWDynamite, we’ll celebrate the life of Jon Huber (Mr. Brodie Lee) with a show including tributes and a special card of matches dedicated to The Exalted One. This night is intended to honor Jon, but also this is for Amanda, and their sons Brodie (-1) & Nolan.

#AEW New Year’s Smash will now take place across the first 2 weeks of 2021, on January 6 + January 13 on @tntdrama. I’ll announce the card for this week’s #AEWDynamite Celebration of Mr. Brodie Lee’s Life in a moment. Thank you to all who have shared their love for Jon this week.

Opinion: What else can you do for a show like this? Huber was an important part of AEW but having anyone taken away from you like this out of nowhere is a horrible thing to see. The wrestlers, fans and company deserve the chance to pay tribute to him and this is a great way to do something about it. Let the night be about him, because you it is the kind of thing that should be done. 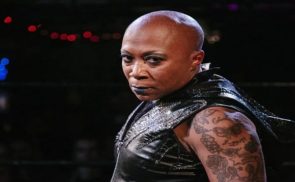