It’s time to find out who else is going to Wrestlemania tonight as Mustafa Ali and Drew Gulak meet in the second semifinal match of the Cruiserweight Title tournament. The winner gets to meed Cedric Alexander for the title in New Orleans, meaning the pressure should be high. Let’s get to it.

Fallout from Itami being a little too aggressive against Dorado’s buddy Gran Metalik last week. Itami wastes no time in taking Dorado into the corner for some hard shots to the mask. Dorado sends him outside and that means Itami needs to slow down a bit. Back in and a hurricanrana into a dropkick has Itami in trouble and Dorado stays at it with a quick dive.

Itami sends him back first into the apron to take over again though and a hard slap makes things even worse. That’s enough to wake Dorado up and he scores with a spinwheel kick to the face. The handspring is telegraphed though and Itami takes him down with a clothesline for two instead. Dorado kicks him in the jaw and it’s out to the floor again. This time though, Gran Metalik shoves Itami into the apron and that’s a DQ at 6:15. 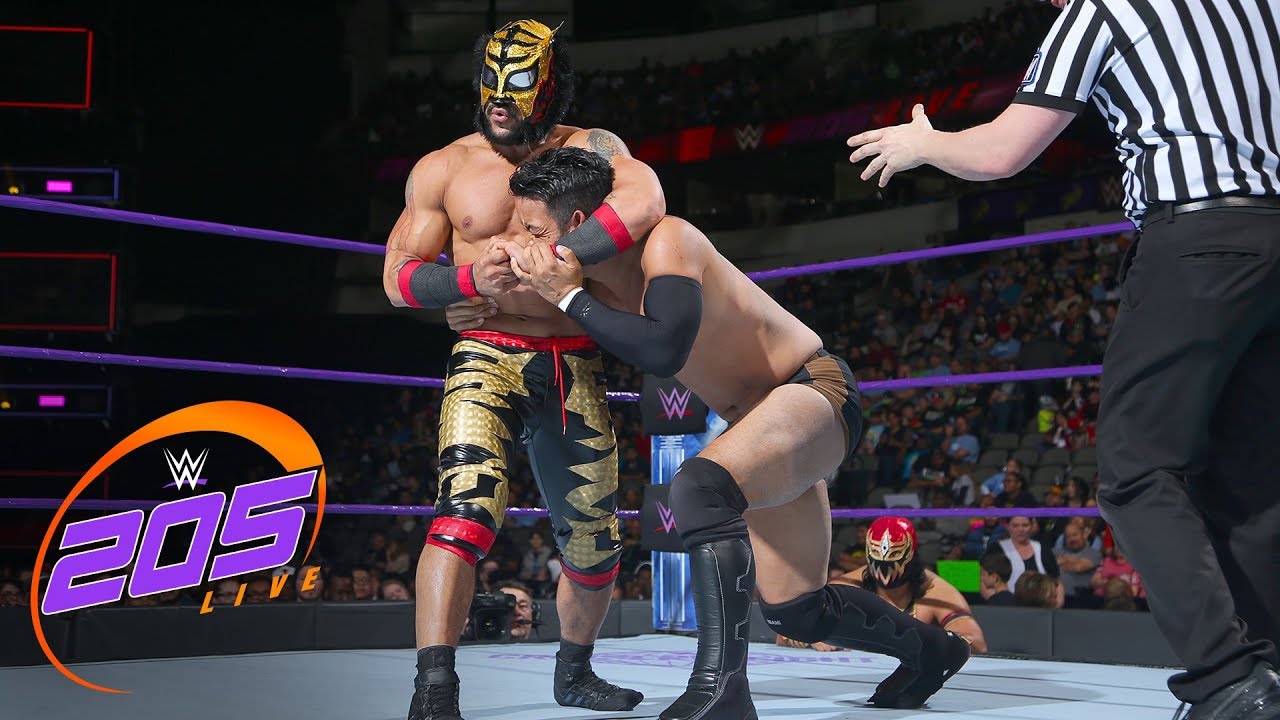 Video on Drew Gulak, who really does want to change things for the better around here. Drake Maverick called him a goof and that was enough to snap Gulak back to reality. He’s been hyper aggressive in the tournament and that makes him all the more dangerous.

TJP doesn’t care if Cedric Alexander, Santa Claus or Kermit the Frog wins at Wrestlemania. He’s next in line for a title shot.

Johnson was in the Cruiserweight Classic. TJP takes him down twice in short order and there’s a jumping back elbow to the jaw. A belly to back suplex sets up the slingshot hilo and Johnson is in trouble. Johnson gets in a running Cannonball to a standing TJP but the knee gets taken out in short order. The Detonation Kick into the kneebar makes Johnson tap at 2:41.

Maybe he deserves a title shot. 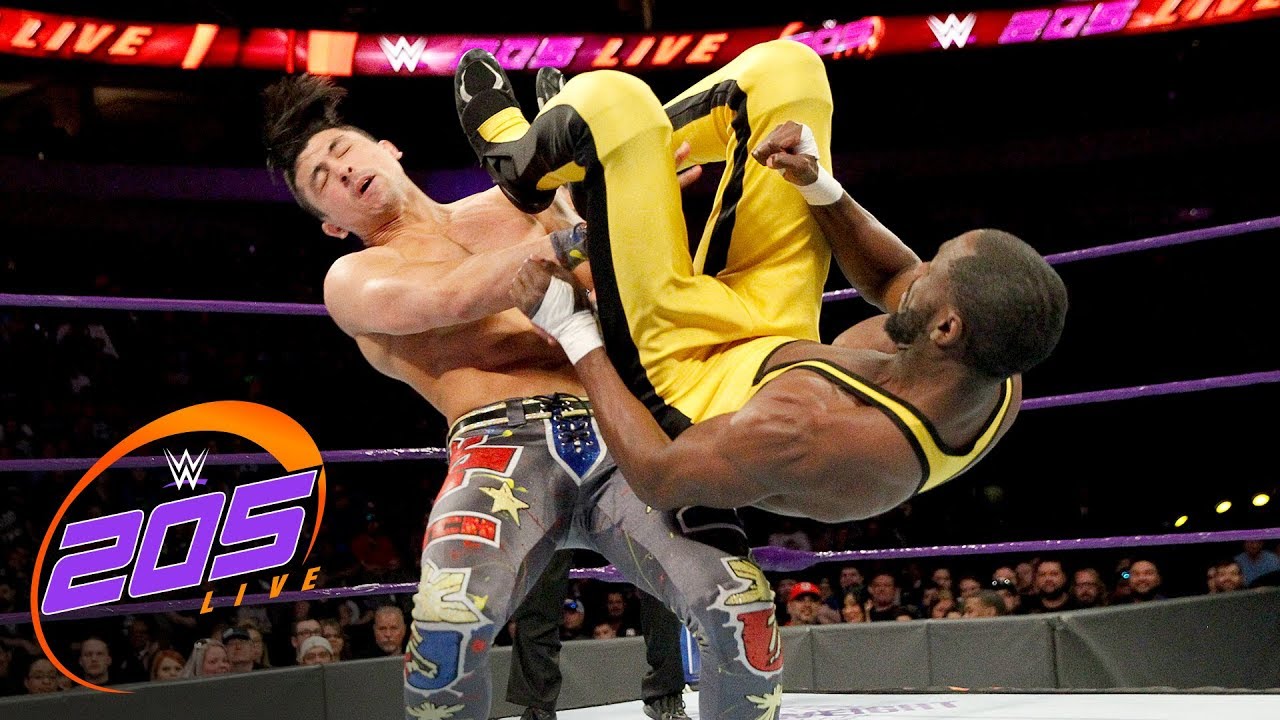 Mustafa Ali wants to use his status as a force for change. When you hear the name Mustafa Ali, the knee jerk reaction is to boo him but that’s not the case with someone like him.

Drake Maverick is ticked off over the DQ finish earlier. We’re almost to the end of the tournament and the new champion needs challengers. Therefore, next week it’s Tozawa vs. Kalisto vs. TJP vs. Buddy Murphy and the winner will get a Cruiserweight Title shot. Drake: “There you go. Just turned a positive into a negative. That’s what I do.”

Gulak’s wristlock doesn’t get him very far as Ali reverses into one of his own to take over. An exchange of shoulders goes nowhere as Nigel defines a bully. Drew grabs a flapjack followed by a chinlock for a bit, only to have Ali come back with a dropkick. A hard clothesline to the back of the head gives Gulak two and a spinning electric chair gets the same.

With the wrestling not working, Drew stomps away at the head as the aggression coming out for the first time. Ali slaps away and hits a spinwheel kick to the jaw. The rolling X-Factor gets two and Ali stomps him out to the floor, showing him some aggression of his own. It seems to get to Ali though and his moral conundrum allows Gulak to send him into the buckle.

Drew can’t get the dragon sleeper so Ali slaps on a Koji Clutch of all things. With the hold broken, Drew bails to the floor, setting up a big flip dive with Ali landing on Drew’s shoulder in a crash. The 054 is broken up as Ali is sent to the floor, with his FACE landing on the apron. Thankfully without bleeding, Ali gets up and avoids a charge to send Gulak over the announcers’ table. A big dive drops Gulak again and it’s time to load up the announcers’ table.

Ali takes too much time though and gets backdropped off the table for a crash. Drew breaks the count though and sends Ali HARD into the post, followed by a toss into the timekeeper’s area. Of course that’s only good for a nine. Back in and Ali manages a tornado DDT to counter the dragon sleeper and the 054 sends Ali to Wrestlemania at 15:11.

Ali is on a roll right now. 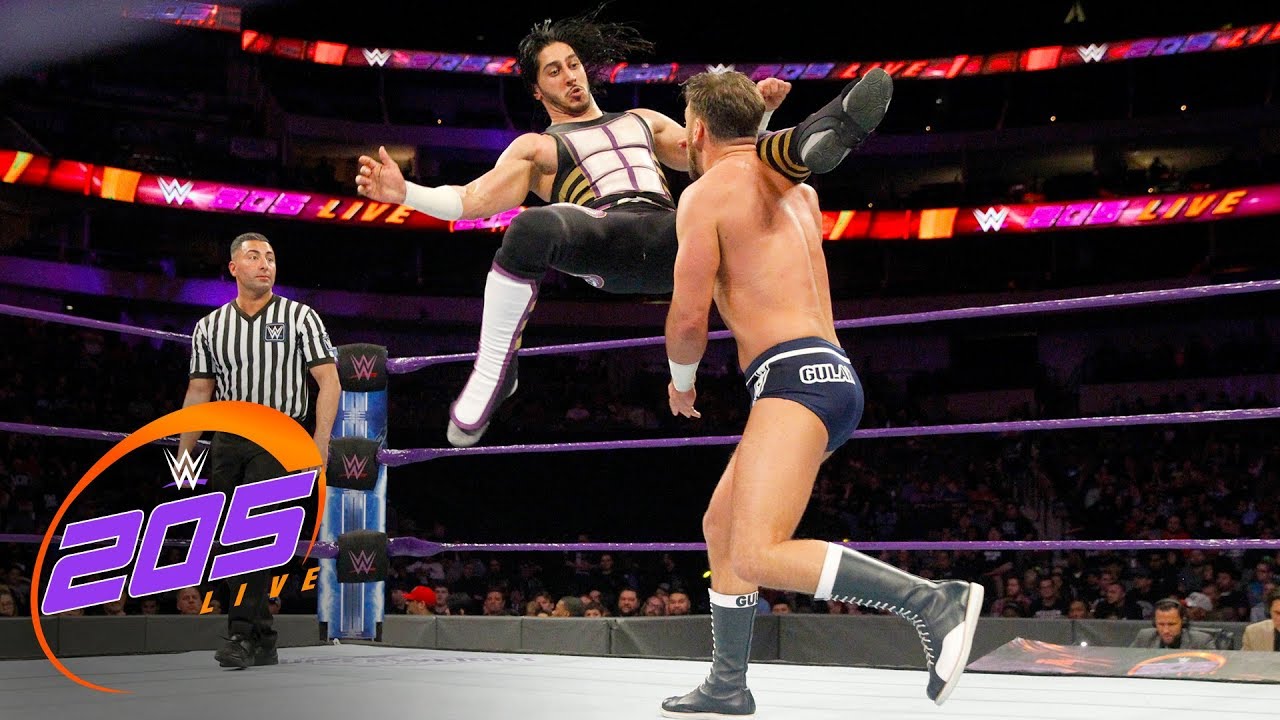 Post match Ali says WE are going to Wrestlemania. It doesn’t matter what your name is, where you’re from or what color your skin is. All that matters is what’s in your heart. 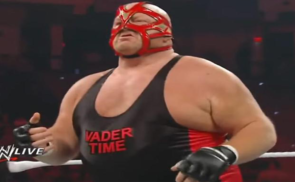 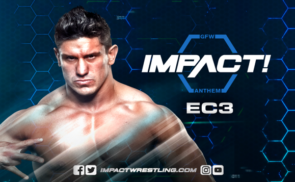