‘WrestleMania 32‘ was broadcast in front of a live attendance of around 100, 00 fans and millions watching worldwide as the Andre The Giant Memorial Battle Royal took place.

The Andre The Giant Memorial Battle Royal is a match created in honor of Andre, who was said to be the king of that match type. A winner is declared after every other competitor is eliminated by being thrown over the top rope, in a similar fashion to the Royal Rumble match. Besides the obvious win at ‘WrestleMania,’ the winner receives a trophy of Andre as congratulations.

Over the years, many have considered the match to be a filler, with no real stars being born from the match- though ‘WrestleMania 32’ was the real exception to this.

Other winners have included Cesaro, The Big Show and Mojo Rawley. While Show was established, Cesaro and Rawley weren’t. Cesaro had already won numerous Championships and hasn’t yet broken into being the main event talent. Rawley hasn’t had momentum since winning Andre’s trophy, besides a week or two of support after an exceptional promo before his match against former Hype Bros partner Zack Ryder in late 2017.

Of course, you’d realize which Superstar victor wasn’t named. If not, you have more of a reason to check the match out.

With all the antics this match offered, it is one of the best Andre The Giant Memorial Battle Royals WWE has had.

Did you enjoy this match? Who should win the match this year? 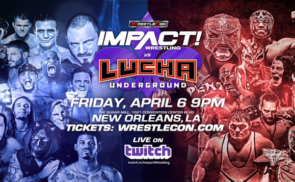 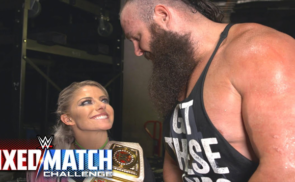