We have a new #1 contender now that Lio Rush defeated Angel Garza last week on NXT. Notice that the big stuff is taking place there, which isn’t a good sign for anything going on with this show. Then again there hasn’t been anything to get excited about around here for years now and that hasn’t changed a thing. Let’s get to it.

We open with a look at Rush beating Garza last week.

The Brothers are the hometown boys and come out in Vancouver Canucks jerseys. The two of them met Wayne Gretzky at some point and he told them to have fun….and get out of Vancouver as soon as possible. They pull off their jerseys to reveal Los Angeles Kings and Toronto Maple Leafs jerseys, which bring out Lorcan and Burch to start the fight in a hurry.

Sunil offers a distraction though so Samir can take over as we really get going. A double superkick lets Samir dance some more and the chinlock goes on. Samir comes in for a front facelock and an elbow to the face gets two. The chinlock continues the theme we’re working on here but Lorcan fights up and gets over to Burch for the hot tag. Everything breaks down and a double superkick sets up the Bollywood Blast for two on Burch. Lorcan takes care of Sunil and it’s the elevated DDT to plant Samir for the pin at 5:59.

Post match Brian Kendrick and Ariya Daivari run in to beat down Burch and Lorcan with a chair.

Lio Rush has been up against aces his whole life and he’s going to be the next Cruiserweight Champion.

Kendrick and Daivari are still in the ring with Kendrick bashing Canadians everywhere. We get some of the most generic Canadian jokes and Daivari says that they’re OG’s around here. The two of them are going to be wrestling tonight so get some opponents out here.

Kanellis and Nese jump them to start and it’s a brawl at the bell. Kendrick grabs Nese’s foot so Daivari can take over, plus yell at Canadians as a bonus. Nese fights up and drop toeholds Daivari into a Kanellis’ knee. Kendrick pulls Daivari away from the springboard moonsault and it’s a camel clutch to keep Nese in trouble.

That’s broken up with a quick jawbreaker and it’s back to Kanellis to pick up the pace. A spinebuster gets two on Kendrick but Daivari low bridges Kanellis to the floor. The kneebar has Kanellis in more trouble and Daivari grabs a chinlock. That’s broken up and it’s a double clothesline to put them both down. It’s Nese coming in to clean house again with Kendrick being thrown outside.

Now the moonsault connects for two on Daivari and it’s a pumphandle slam/top rope knee to the head combination to plant him again. Kendrick makes the save and grabs the Captain’s Hook on Kanellis, which is broken up as well. Nese’s 450 gets two on Daivari with Kendrick making another save and it’s Sliced Bread to put Nese down. The Persian Lion splash gets two more and it’s time for the chairs. Cue the bandaged Lorcan and Burch for the distraction so Nese can roll Daivari up for the pin at 14:07.

Burch and Lorcan grab the chairs and clean house to end the show. 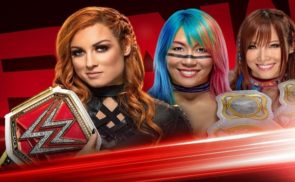 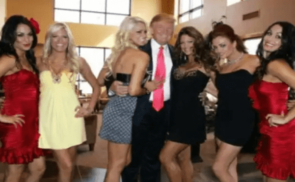