Brock Lesnar is no longer under contract to WWE and that fact has lead many fans to speculate as to what his next move could be. Will The Beast Incarnate return to the UFC, where he could take home a massive payday thanks to a fight with Jon Jones?

Will Lesnar inevitably re-sign with Vince McMahon’s company, ending all speculation and return to his role as WWE’s top draw? Will lBrock decide to call it a day in his combat sports career and go back home to Canada? Or could pro wrestling’s most bankable star of this generation do the unthinkable and join AEW?

All Elite Wrestling continues to make waves in the industry, thanks to its weekly show Dynamite, which airs on TNT. Tony Khan’s company features a locker room comprised of former WWE, New Japan and Impact Wrestling stars, as well as independent talents, many of whom are viewed as homegrown talents by AEW fans.

That locker room gives AEW its own unique flavor, setting the promotion apart from everyone else in the business. But what happens if Brock Lesnar becomes all elite? Is that nothing more than a pipe dream for AEW fans, or is it actually a possibility?

Tony Khan recently addressed that question, though his reply was something of a non-answer.

“I can’t comment on that at this time, but I’ve enjoyed Brock’s work for many years. He’s a great fighter and a great wrestler. I don’t think people talk enough about what a great worker Brock Lesnar is and he’s one of the great working big men I’ve ever seen, one of the great athletes in the history of the wrestling business and I have so much respect for him.” 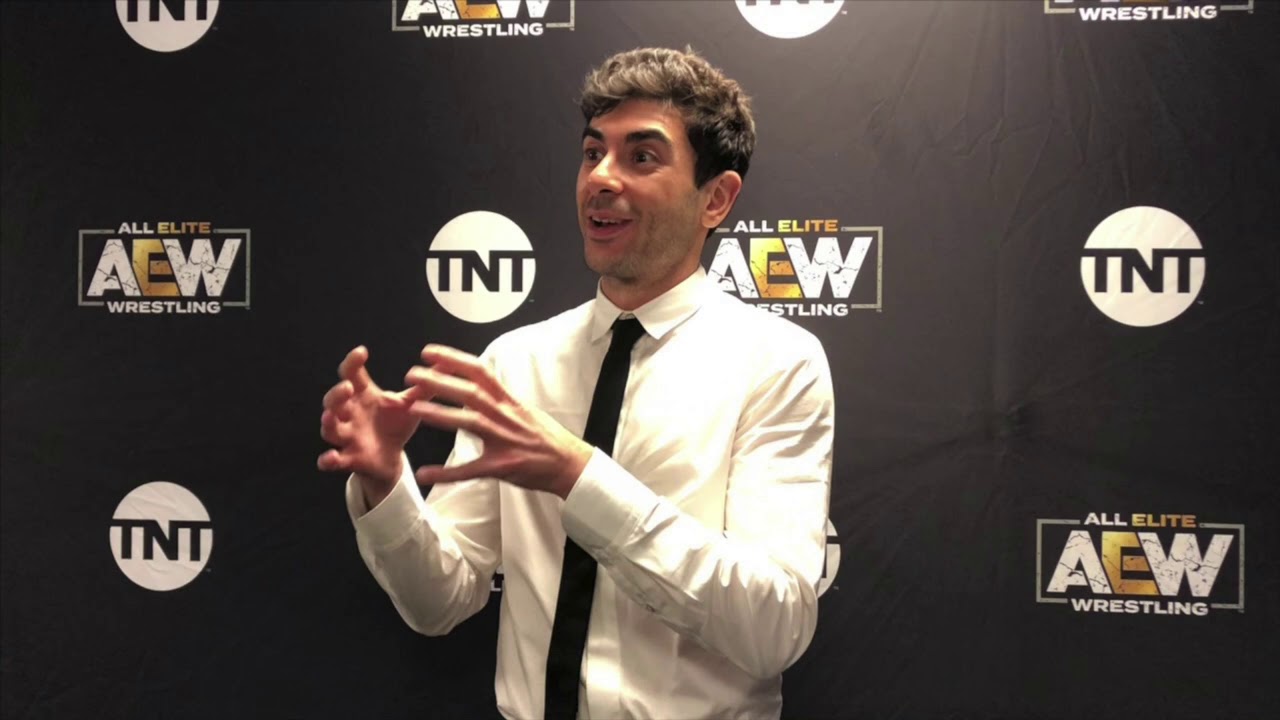 While Khan did not give anything substantial with his comments, it’s interesting to note that he replied with “no comment.” Perhaps Tony’s people have already reached out to Brock and if so, there could possibly be an offer on the table. Of course all of that could simply be speculation and Tony chose to answer that way because he wants to keep AEW’s involvement a mystery.

Either way, Khan was commendatory of Brock’s work and his remarks echo the sentiment of many other fans who appreciate Lesnar for what he’s done in WWE. Brock Lesnar is a highly visible star who brings attention and publicity to any company he works with. He’s also very good at what he does.

Lesnar has historically had only one job in WWE and that job was to smash everyone in his path. He’s so good at it that fans view him as a killer between the ropes. Their vision of Brock is that of a man who does what he wants to do and physically dominates his opponents because he can. For the most part, those fans are right.

Brock is a top guy and as such, he’s afforded more opportunities in the ring than someone with just a few months of experience under his belt. Lesnar has proven time and again that when his number is called, he’s ready to deliver and when he does, he immediately makes an impact. Lesnar is perceived to be a monster and that’s exactly what he is.

Check out some of Brock’s craziest moments in WWE! 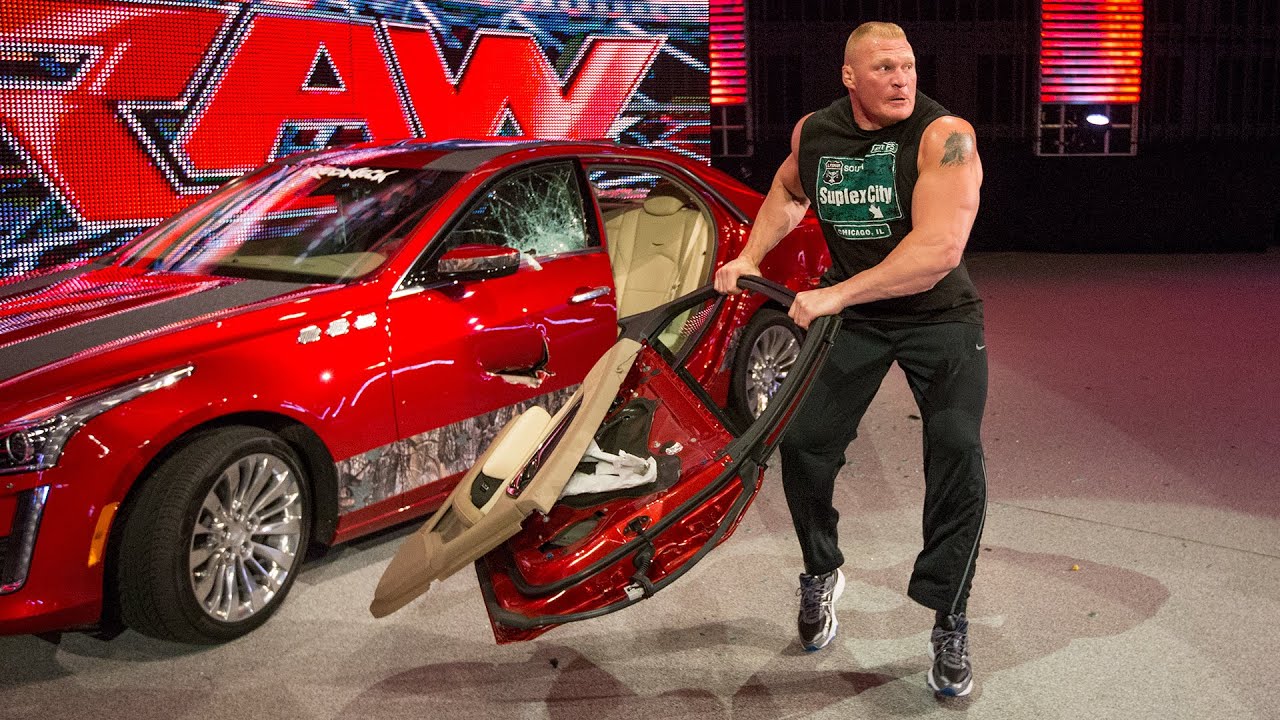 But he’s not some mindless mercenary who destroys the roster and takes his payday. Brock is a businessman. He knows what his strengths are, just as he knows what he brings to the show. No one can do what he does in the ring and he knows that. The fact that he works very rarely is proof that his limited presence means more than a full-time run.

The fact that he almost always comes out on top proves that WWE believes in him perhaps more than they believe in those around him. That’s not to suggest that Vince McMahon’s company has no faith in its other talents. But Brock Lesnar is a proven commodity and he rises to the occasion every time. That sort of worker is sometimes in short supply. That sort of worker with a legitimate tough guy reputation is even more scarce.

When fans look at Brock Lesnar, they don’t see a muscled up big guy pretending to be an unstoppable force. They see a man who is precisely what he’s advertised to be and he receives every ounce of respect due to him as a result. But would he be a good fit for AEW?

That may be the best question in this situation. If Khan and company has made an offer and if Lesnar accepts it, then what next? Does he come in and bulldoze the way he did in WWE? Would he immediately be booked against AEW World champion Jon Moxley and then obliterate Mox in under two minutes to win the platinum? Or would AEW choose to do something differently and book Brock in a whole new way? 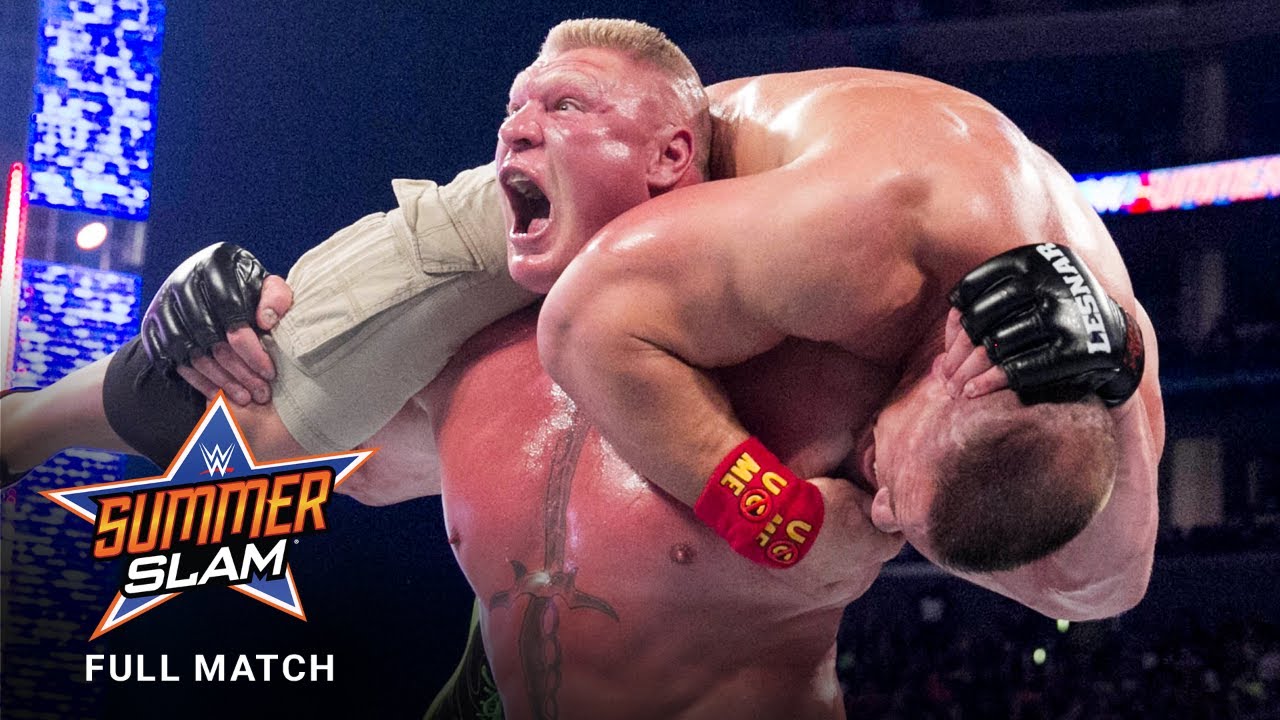 The fact is that Brock Lesnar’s character works because it’s simple. Brock arrives, he decimates and he leaves. There’s no poetry to his actions. Great folk songs will not be written about him years from now. Brock Lesnar puts his opponents through a meat grinder and when the match is over, those opponents feel as though they were just in a car crash. That is Brock Lesnar.

Does that mesh with what AEW is all about? All Elite Wrestling has been presented as the company that spotlights rising talents, men and women who perhaps never had a chance before but are now getting the opportunity to shine. But if AEW’s roster is torn apart from the top down thanks to Lesnar, what happens then? Does it become nothing more than just a desperate attempt to boost ratings? Is AEW even in a position to be that desperate?

The truth is that if Brock Lesnar were to sign a short term deal with AEW, he could be in and out before 2020 comes to an end. If so, he could then move on to whatever project he wanted. But in the meantime, AEW would make serious headlines in mainstream media and if that’s hugely important to them, then Lesnar could indeed be on his way to the company.

Brock Lesnar is the biggest fee agent that the pro wrestling business has seen in quite some time. It seems unlikely that AEW would be willing to give him the kind of payout he would want. It’s also unlikely that Brock would actually want to join AEW in the first place. But pro wrestling fans have learned over the years to never say never.

The point is that when Brock Lesnar does what Brock Lesnar does, then he is in his element and the routine works. Any change to that routine, despite the company involved, could essentially render Brock ineffective. If that happens, then it’s a no-win scenario no matter where he goes next.

WWE RUMOR: WWE Has Its Eye On A Big AEW Wrestler 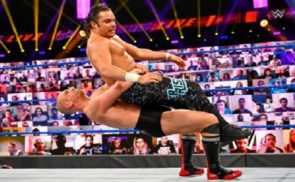