WWE RUMOR: WWE Has Its Eye On A Big AEW Wrestler

What about the other way? This is a special time for professional wrestling as there has not been another major wrestling promotion in North America to go against WWE in almost twenty years. AEW has changed that by mixing a wide variety of established names and lesser known talent who have not gotten a major break just yet. This has worked well and a lot of fans have been enjoying wondering who might be going to AEW next. But what about the opposite?

While AEW has been able to pick up some wrestlers from a variety of other promotions, including WWE, there is also the chance for WWE to come back and pick up some talent from AEW. The company is not going to be able to hold onto all of their wrestlers forever and WWE might want to get some of them back. They have their eyes on someone and it is a big star.

Archer has been impressive in AEW. Check out his time in the promotion:

Opinion: I’m not sure if I can imagine Archer leaving AEW anytime soon, as he is now forty years old and is having some success both in AEW but also in New Japan. Maybe WWE can lure him back but it is a situation where we might have to wait a good while before we know anything else. The fact that he has caught WWE’s eye is impressive enough though and a battle over talent could be rather interesting.

Do you think Archer will jump? Who else should WWE go after? Let us know in the comments below. 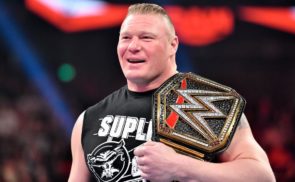