Cricket Wireless uploaded a video to their official YouTube channel featuring 16 time WWE Champion John Cena becoming emotional as he interacts with fans he has touched.

We highly suggest watching this touching video. Cena reads some letters and watches a video from fans that he has supported over the years. This is obviously touching for Cena, as he tries not to break down in tears.

Created by Cricket Wireless, this video shows the fans that Cena helped surprise him, as they continue to tell him more about themselves and how he helped. He is presented with a trophy by the fans and ends the video with a powerful message.

What did you think of Cena’s reaction? Are you a fan of Cena? Let us know in the comments below or over on our Facebook page or Twitter account. Additionally, you can find me on Twitter at @SOSNH1995. We also want to remind you that we have a Newsletter you can sign up to. This will allow us to send you the best news in one place via an email. We also have the Wrestling Rumors app that we encourage you all to download to get updates faster than they release on our various pages. It is available on Android and iOS devices. 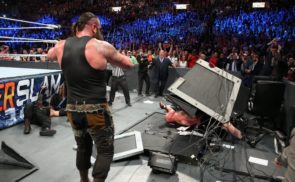 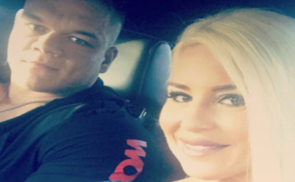