Seth Rollins has finally started to gain momentum back in recent weeks, with his attack on and feud with Bray Wyatt and his announcement as the cover athlete for WWE 2K18 that is due for release later this year. 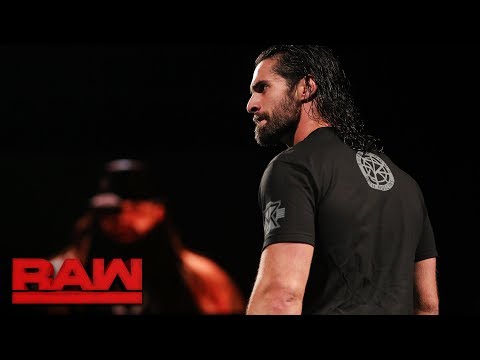 You can watch the video above to see Rollins speak on ‘Raw’ about being named the cover athlete for the upcoming WWE 2K18 video game. This coincides with his feud with Bray Wyatt as Wyatt himself gets involved. This also led, as we reported, to Rollins getting stitches.

The Sun recently interviewed Seth Rollins, where he spoke in length about a potential Shield reunion and rivalry against The Club and how his knee injury has affected him.

With all members of The Shield and Finn Balor, Karl Anderson and Luke Gallows all featuring on the ‘Raw’ roster, fans may be in store for a huge rivalry in Shield vs. Club. Seth commented at length on this. He first explains that when The Shield previously existed, they had a single, united goal and it would take something similar to that to get them to work together again.

“I’m sure it could happen at some point, you never know. We’re all on our own page and have one goal in mind, like we did before. We’ve all got our individual goals now. It would take something very special to get all three of us back together with a singular goal. That was the focus before, and the reason we came together to begin with, we had a singular goal to make waves. Now we’re on our own, with our own individual goals, so who knows, never say never, but the good thing is I see all of us being around for a long time. There will always be the possibility of us coming back together and slapping on a tac vest.”

Rollins comments on the rivalry now, giving them props for all the hard work they’ve done and explain that the match could be ‘fantasy warfare’ and they’d make magic.

“A Club versus Shield rivalry interests me, for sure. Those are guys who have made a lot of success over the years in there own world. I think that would be a fantasy warfare. Those are all good gentlemen, hardworking guys. We’d have a blast in the ring, we could make some magic if it ever came down to it.”

Next, Rollins spoke about his knee injury keeping him out for a great length of time and how it has affected him since coming back to WWE. He explains that he hasn’t had time to reflect and worry about another potential injury.

“I’m good, it’s been a pretty wild year-and-a-half since I had the first knee injury, I’m just trying to stay as healthy as I can. Both of them were freak accidents, it’s just a wear and tear situation. It’s crazy it was the same knee, but I’m feeling good. I’m getting back into the swing of things. I hopefully I can keep myself together, keep healthy and get back to the form I was in before I got hurt. I had to give up the title, so I’d like to get the universal title, once I get the title, whenever that may be, that will be for me the affirmation I’ve made a complete comeback. That’s one of the nice things about having a schedule that just keeps going, you don’t have time to focus on that sort of stuff. You just go onto the next thing. I think if you start focusing on those things, you might feel and work at an optimal level. Worrying about my injury is only going to do that. For me it’s about moving forward and getting back on top.”

Rollins is amazing! I am sure with him being in 2K18 he will bounce back and be a big star this year and next, just as he has been since he split from The Shield back in ’14. As for the feud between Shield and Club, YES PLEASE!!!

What are your thoughts on a possible Shield vs. Club match? Who do you want to see Rollins face? Let us know in the comments below or over on our Facebook page or Twitter account. Additionally, you can find me on Twitter at @SOSNH1995. 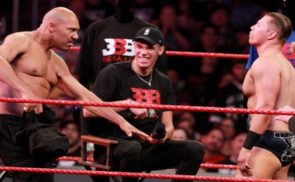 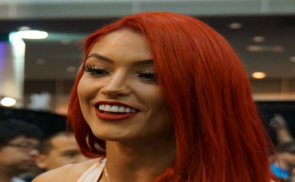