Since Naomi re-captured the Smackdown Women’s Championship at ‘WrestleMania 33,’ many people have wanted, pleaded even for Naomi to make the title glow. Now she has done exactly that.

A tweet from a fan in attendance at the ‘Smackdown’ live event in Odessa has confirmed that Naomi now has a glowing version of her Championship. 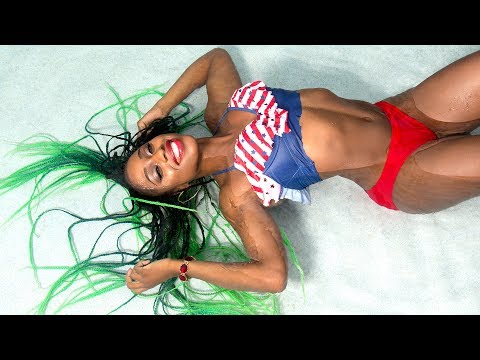 Behind the scenes of Naomi's WWE.com bikini shoot

In light of today being July 4, WWE uploaded a photoshoot of Naomi embracing American colors. WWE themselves have yet to comment on Naomi having the glowing belt and the live event may have been a test.

Meanwhile, Naomi had LED lights on her championship belt, which I don't believe we've seen on TV before. pic.twitter.com/JsfwARhIpw

As you can see, the title glows in the dark, just as her attire usually does. We have a larger version of some of the pictures for you to see, with credit to WWE and Justin Lee for taking them. 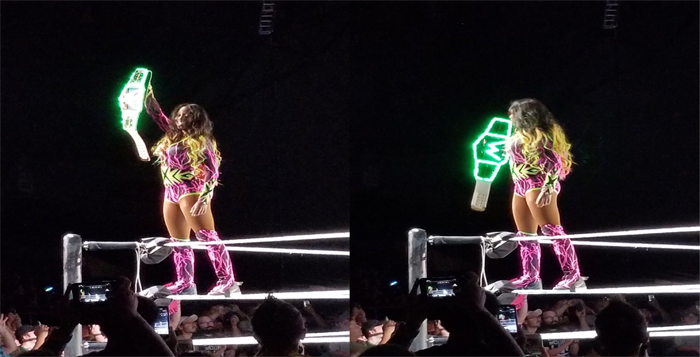 Tonight on ‘Smackdown Live,’ Naomi came out with the glowing version of the Championship, meaning their experiment in using it at the live event payed off. It glows a variety of colors.

Naomi retained her title tonight when she defeated Lana in seconds, before Tamina came out in Lana’s aid. This may be teasing a feud down the line for either Lana or Naomi.

This looks great! It’s about time she debuted the title with a glowing version. It sucks it took that long, but at least it finally happened. The title reminds me of the Legends House logo. Maybe the glow is a similar tint.

What are your thoughts on this design? Who should ultimately defeat Naomi for the title? Let us know in the comments below or over on our Facebook page or Twitter account. Additionally, you can find me on Twitter at @SOSNH1995. We also want to remind you that we have a Newsletter you can sign up to. This will allow us to send you the best news in one place via an email. We also have the Wrestling Rumors app that we encourage you all to download to get updates faster than they release on our various pages. It is available on Android and iOS devices. 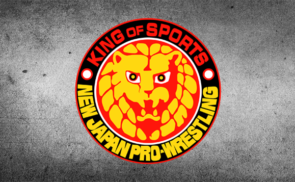 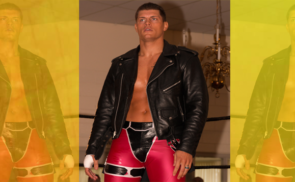